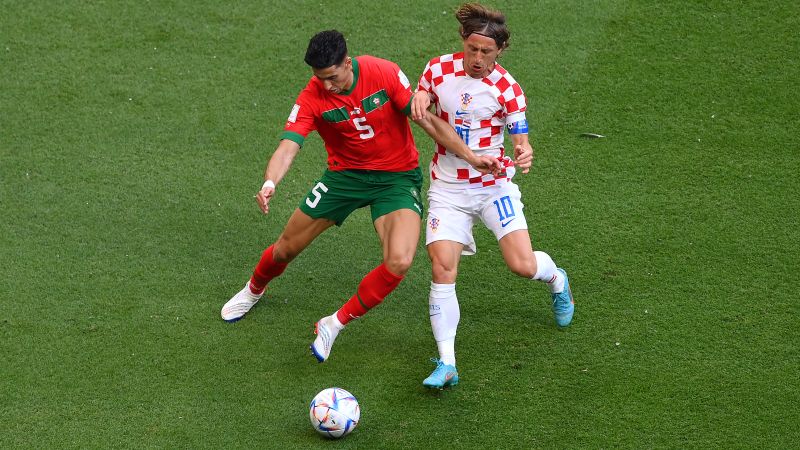 Your team has just lost in the semifinal at a World Cup. You’re understandably heartbroken, endlessly replaying the possibilities of what might have been.

After a month-long stay ends in a devastating defeat, you’re looking forward to going back home to see family and friends but, instead, you have to stay and play in the third-place playoff.

To many, it seems like a largely pointless exercise. Does it really matter which team comes third or fourth? However, there is some glory to be had.

If coming third instead of fourth isn’t enough incentive, the winner of the match will also get a bronze medal and a little more cash for their efforts – $27 million instead of $25 million.

All but two World Cup tournaments in history – the first edition in 1930 and then again in 1950 – have featured third-place playoffs and it could be viewed as a nice way to end your tournament on a high after a disappointing defeat.

The importance of the third-place playoff at each World Cup depends entirely on the teams contesting them. Four years ago in Russia, England played as if it couldn’t have cared less for the match, while the likes of Uruguay in 2010, though losing to Germany, and Croatia in 1998 were certainly considerably more eager to try and win.

This year, in Morocco and Croatia, there are two teams that are seemingly eager to try and secure that bronze medal and $2 million extra for their respective federations.

Morocco’s stunning run to the semifinals, which saw the Atlas Lions become the first African country and Arab nation in history to reach the last four of a World Cup, was ended by a 2-0 defeat to France on Wednesday.

The team has been hugely impressive in Qatar, upsetting Belgium, Spain and Portugal thanks to its defensive organization and attacking verve. Even in the second half of the loss to France, Morocco was largely the better of the two teams and could have taken the match to extra time were it not for a lack of quality in the box.

After already making history, Morocco and head coach Walid Regragui will want to cement themselves further into the record books by also becoming the first African team to finish third.

Croatia, meanwhile, fell a game short of reaching two successive World Cup finals after being outplayed and overpowered 3-0 by Argentina in the semifinals.

After playing extra-time and penalties in its previous two rounds, Croatia’s players looked understandably exhausted against the South Americans and were outplayed from start to finish.

Captain Luka Modric will no doubt want to end his international career on a high in what will be his last World Cup match and this group will want to secure its place as the best team in Croatian history with second-place and third-place finishes consecutively, a remarkable achievement for a country with a population of less than four million.

These two teams played out a tense 0-0 draw in their opening game of the group stages three weeks ago and Saturday’s clash will likely be just as tight.