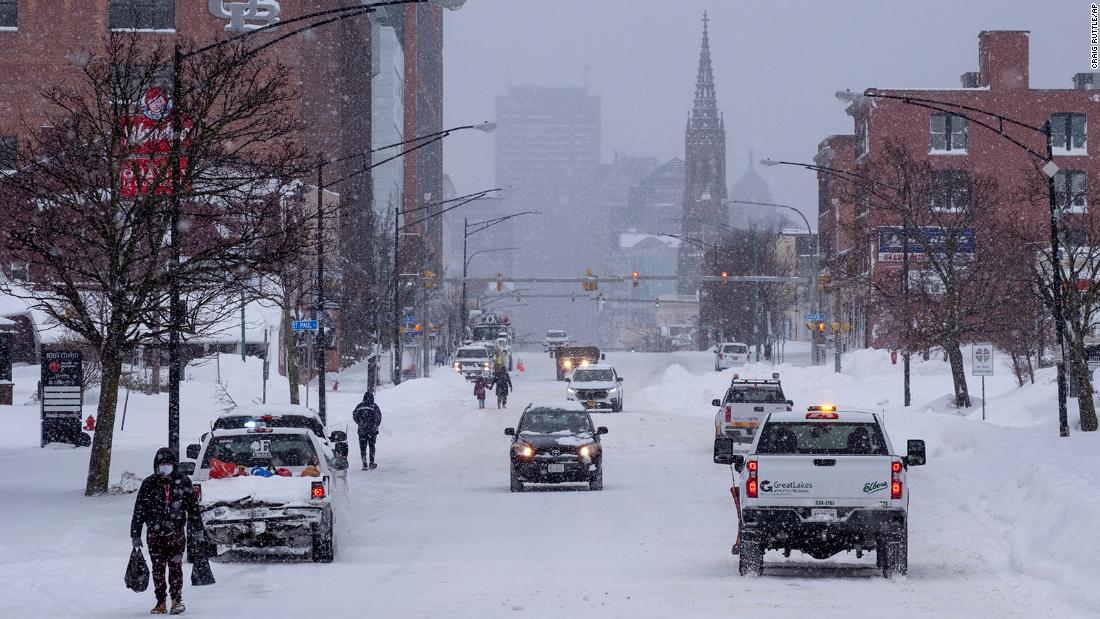 At least 52 storm-related deaths have been reported across several states:

New York: In addition to the 28 deaths in Erie County, one fatal carbon monoxide poisoning has been reported in Niagara County.

Colorado: Police in Colorado Springs reported two deaths related to the cold since Thursday, with one man found near a power transformer of a building, possibly seeking warmth, and another in a camp in an alleyway.

Kentucky: Three people have died, officials have said, including one involving a vehicle crash in Montgomery County.

Missouri: One person died after a van slid off an icy road and into a frozen creek, Kansas City police said.

Ohio: Nine people have died as a result of weather-related auto crashes, including four in a Saturday morning crash on Interstate 75, when a tractor-trailer crossed the median and collided with an SUV and a pickup, authorities said.

South Carolina: Two men – including a 91-year-old who went outside on Christmas Day to fix a broken water pipe – died due to the storm in Anderson County, the coroner’s office there said. The other victim died on Christmas Eve after his home lost power.

Tennessee: The Department of Health on Friday confirmed one storm-related fatality.

Vermont: One woman in Castleton died after a tree fell on her home, according to the police chief.

Wisconsin: The State Patrol on Thursday reported one fatal crash due to winter weather.