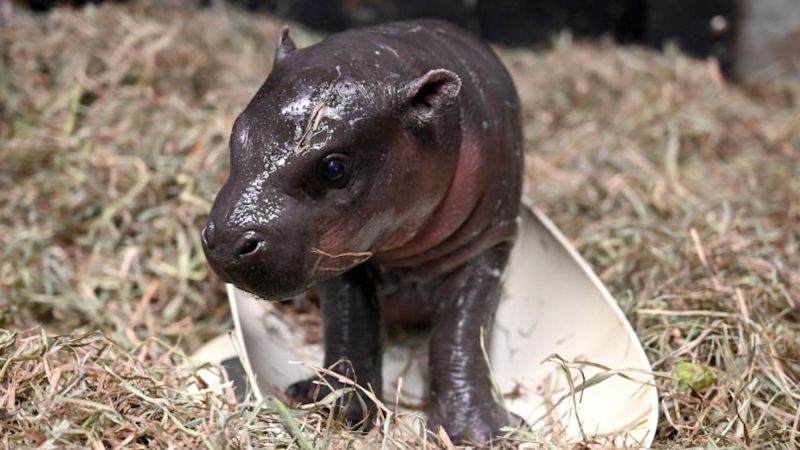 The Metro Richmond Zoo welcomed the birth of a pygmy hippopotamus in time for Christmas, according to a December 22 news release from the zoo.

The adorable newborn was born on December 6, says the release. The yet-unnamed baby was born to parents Iris and Corwin after a 7-month pregnancy.

The baby is the second pygmy hippo born ever in Virginia, according to the zoo. And she’s growing rapidly. She weighed in at 16 pounds at birth, and a week later was already 24.2 pounds. As an adult, she might weigh up to 600 pounds.

The zoo described Iris as “an experienced mother and very caring of her baby.” Mother and baby are currently in a private “super cozy, hay-bedded enclosure.” But soon guests will be able to spot the new addition when the pair move into the indoor pool area, says the zoo.

Pygmy hippos are categorized as endangered by the International Union for the Conservation of Nature. There are less than 2,500 adult pygmy hippos left in the wild in Côte d’Ivoire, Guinea, Liberia, and Sierra Leone.