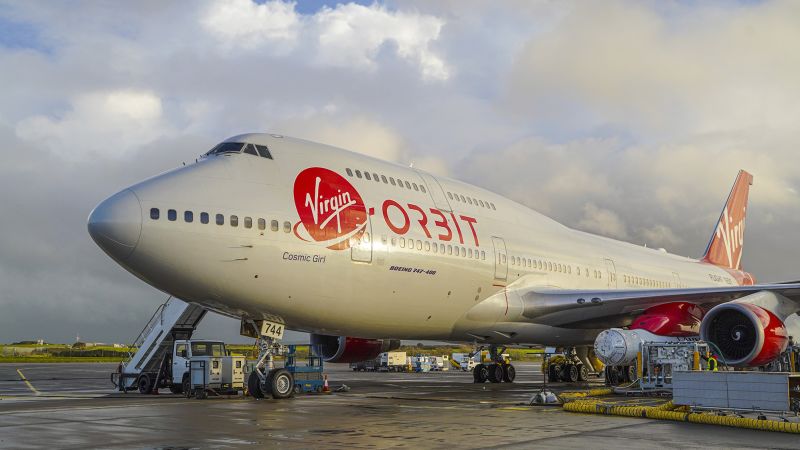 The United Kingdom is one step closer to conducting its first ever satellite launch from its own shores.

The UK Civil Aviation Authority (CAA), a regulatory body, said on Wednesday that it had granted the final licenses to Virgin Orbit to carry out the launch.

Virgin Orbit, a US subsidiary of Richard Branson’s Virgin Group, plans to launch a rocket into space off of a modified Boeing 747 jet, named “Cosmic Girl.” The rocket, which will be launched over the Atlantic Ocean, will carry nine satellites into orbit.

The company has already conducted four successful satellite launch missions in this way from California.

The development places the United Kingdom on track to become the first country in Europe to provide commercial launch services to small satellite makers, according to the government.

Britain has been working on commercial spaceports for several years in a bid to capture a bigger share of the rapidly growing space market, which Morgan Stanley estimates could be worth over $1 trillion by 2040.

“Today we are one step closer to opening the UK’s galactic gateway, with Virgin Orbit receiving an historic first license to allow the UK’s first ever spaceflight launch,” UK transport secretary Mark Harper said in a statement on Wednesday.

The satellite launch is expected to take place from Spaceport Cornwall, a spaceflight launch site located on the UK’s southwest coast, early next year.

Dan Hart, chief executive of Virgin Orbit, said in a statement that the company was “progressing towards the first launch from Cornwall — keeping a strong focus on a safe and successful mission for all.”

The government estimates that the country’s growing £16.5 billion ($14 billion) space industry will support around 47,000 jobs.

The CAA said it granted Virgin Orbit the final remaining licenses after it met all necessary safety, security and environmental tests.