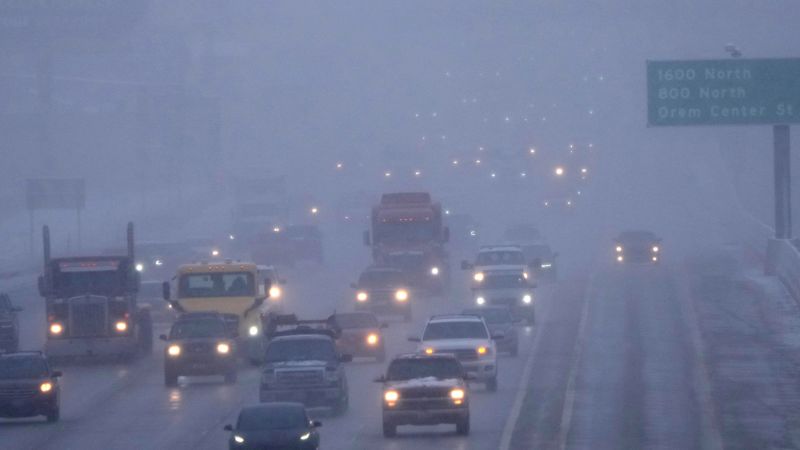 • In the Northern and Central High Plains, blizzard conditions are expected to make travel dangerous on snow-covered roads amid snowfall of 1 to 2 inches per hour and winds gusting at 50 to 60 mph, according to the Storm Prediction Center.

• Along the Gulf Coast, strong tornadoes, damaging winds and large hail could impact cities including New Orleans and Baton Rouge, Louisiana, as well as Mobile, Alabama.

• In the Upper Midwest, intense snow, rain and freezing rain are expected.

Blizzard warnings are in place throughout parts of Nebraska, and several roadways are closed, including all roadways from Nebraska into Colorado, the state’s Department of Transportation said.

Residents will be contending with near zero visibility making travel difficult, as well as possible scattered power outages.

Meanwhile, a new storm spawned by the system is expected to hit parts of the Mid-Atlantic by Thursday, according to the Weather Prediction Center, and become a nor’easter off the coast by the end of the week.