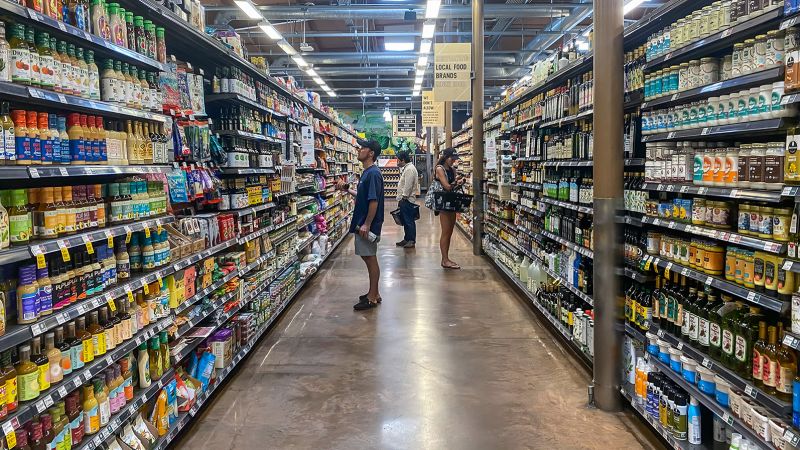 America’s economy grew much faster than previously thought in the third quarter, a sign that the Federal Reserve’s battle to cool the economy to fight inflation t is having only limited impact.

The Commerce Department’s final reading Thursday morning showed gross domestic product, the broadest measure of the US economy, grew at an annual pace of 3.2% between July and September. That was above the 2.9% estimate from a month ago. Economists surveyed by Refinitiv had expected GDP to stay unchanged from its previous reading.

The report said the stronger-than-expected reading was due to increases in exports and consumer spending that were partly offset by a decrease in spending on new housing. Consumer spending is responsible for more than two-thirds of the nation’s economic activity.

The Fed has been raising interest rates throughout the year to cool demand for goods and services and reduce inflation. Economists have been worried for quite some time that the Fed’s actions could tip the US economy into recession next year.

Inflation has cooled in recent readings, but the US economy has stayed strong. Some surveys released this week suggest the Fed’s higher rates are not slowing spending by businesses or consumers.

A recent survey of chief financial officers found the current level of interest rates have not impacted their spending plans. And consumer confidence improved in December according to a survey by the Conference Board, reaching the highest level since April.

In addition, employers have continued to hire at a historically strong pace, although layoffs have increased in some industries, especially technology.

Initial weekly claims for unemployment insurance benefits ticked up to 216,000 for the week ended, December 17. The previous week’s total was upwardly revised by 3,000 to 214,000.

Economists were expecting initial claims to land at 222,000, according to Refinitiv.

Continuing claims, which include people who are collecting benefits on an ongoing basis, dropped slightly to 1.672 million for the week ended December 10. The prior week’s number of continuing claims were revised up to 1.678 million.

The final GDP report is one of most backward-looking readings the government releases, looking at the state of the economy nearly three months ago. The current forecast from economists is that growth in the current period will be only 2.4%, significantly slower than Thursday’s reading.