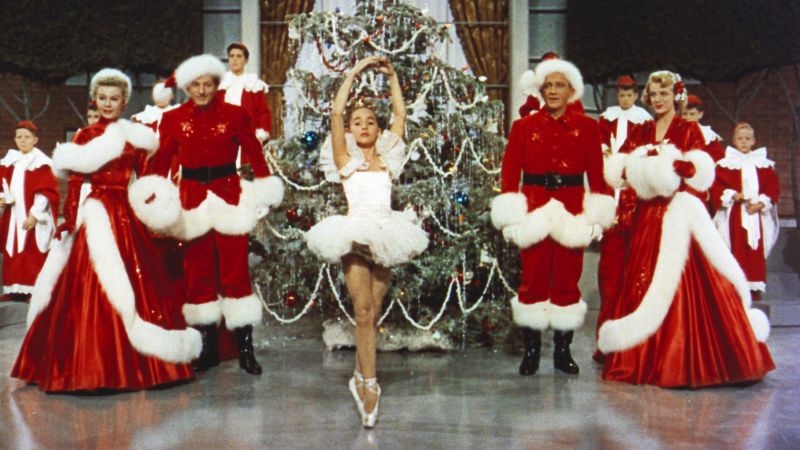 Watching Christmas movies is a whole tradition unto itself. Every family has their mainstays, whether it’s an animated classic from yesteryear or a more modern take on holiday cheer.

Get to know some of the fascinating stories behind the stories, so you can watch your old favorites with fresh eyes. (And bother everyone with your newly acquired trivia.)

“A Charlie Brown Christmas” is a cozy holiday classic now, but some of the people involved in its production thought it was going to bomb with audiences. The 1965 film was created as a TV special with financial backing from Coca-Cola, but was put together in just a matter of weeks to meet broadcast demands.

Several iconic aspects of the film, like the simple animation and unique jazz score by pianist Vince Guaraldi, were a bit odd for the time. Director Bill Melendez even reportedly declared, “I think we’ve ruined Charlie Brown.”

Lo, all those worries were for naught. “A Charlie Brown Christmas” was an immediate hit, and all of the things producers worried made it too strange were the things that made it beloved.

The 1954 film “White Christmas” is brimming with behind-the-scenes lore, especially when it comes to the music. Most well-known is the fact that Vera-Ellen, who played Judy Haynes, didn’t do any of her own singing. (Her dancing, though, was a different story.) Singer Trudy Stevens provided Judy’s voice.

All of the songs in “White Christmas” were written by Irving Berlin, the legendary songwriter who wrote hundreds of hits, including “God Bless America.” “White Christmas” is one of his most famous tunes, and it was originally performed in the 1942 film “Holiday Inn.”

The song “Snow,” sung by the starring “White Christmas” foursome as they head to Vermont, was originally called “Free,” and was written for a musical called “Call Me Madam.” It had a completely different set of lyrics, which Berlin changed to fit the film’s holiday feel.

Do you know “Seussian Latin?” The term describes the robust collection of made-up words used by author Theodor Geisel, better known as Dr. Seuss. For the 1966 animated classic “How the Grinch Stole Christmas,” producers wanted the musical feeling of a Christmas special, but didn’t want to include elements that would seem out of sync with Seuss’ fantastical world.

Thus, Whoville’s Christmas songs were written in Seussian style. Viewers even wrote in after the special aired asking for translations. Alas, “Fahoo fores, dahoo dores” doesn’t actually mean anything. Trimming the tree with “bingle balls and whofoo fluff?” Just use your imagination.

Stop-motion animation is an art form forged with exquisite craftsmanship and a lot of patience. The animators behind 1993’s “The Nightmare Before Christmas” used about 400 different hand-sculpted heads to bring Jack Skellington to life. In a behind-the-scenes special about the film, animators explain that every sound and facial expression Jack made required a different head that could be popped on and off of the character’s puppet body. With that kind of painstaking work, it’s no wonder the film took three years to make!

Rudolph may have been a cute little boy reindeer in the 1964 TV special, but he was brought to life by Canadian voice actor Billie Mae Richards. Most of the voice cast for this stop-motion classic was actually Canadian because it was cheaper to record audio for the special in Canada. However, in the original credits of the film, Richards is noted as Billy Richards.

That wasn’t an accident – she was intentionally credited that way to obscure her gender. She once said kids wouldn’t believe it when her own grandchildren told them she did Rudolph’s voice – but she could prove it by doing the voice on the spot.

By all accounts, Michael Caine had a great time acting as one of the sole humans in 1992’s “The Muppet Christmas Carol.” However, being a giant among puppets comes with a few challenges. The bottom of the sets were made up of a series of pits to allow room for Muppet puppeteers. That meant Caine and his fellow humans had to walk on boards above the puppeteers, kind of like an advanced version of “the floor is lava.” (The floor is people, perhaps.)

Set designers also used forced perspective to keep everything in proportion – a common set trick that’s also used at numerous theme parks. They also included a nice nod to Caine: One of the signs on the street set reads “Micklewhite’s,” which is Caine’s real last name.

Not all movie magic is high-tech. In the 1940s, when “It’s a Wonderful Life” was produced, movie crews typically used painted cornflakes as snow. Though melt-proof, they were also a little too … crunchy. The film’s director Frank Capra decided to try something quieter, and landed on a custom blend for his winter scenes: Ivory soap flakes, chipped ice, and Foamite, a compound used in fire extinguishers. According to the “It’s a Wonderful Life” museum, if you pay close attention to the scene with Clarence and George in the river, you can see some tell-tale soap suds floating by.

Perk up your ears while watching the 1983 comedy “Trading Places.” The classical music heard in the opening scene, and throughout the movie, is from Wolfgang Amadeus Mozart’s opera “The Marriage of Figaro.” Christmas movies and classical music go together like milk and cookies, (“Ode to Joy” and “Die Hard,” anyone?) but Elmer Bernstein, who scored the film, was especially clever to add this particular piece.

“The Marriage of Figaro” is a tale of madcap misunderstanding, in which a servant tries to get the best of his pompous, wealthy employer – similar to how “Trading Places’” Dan Aykroyd and Eddie Murphy get revenge on two scheming executives.