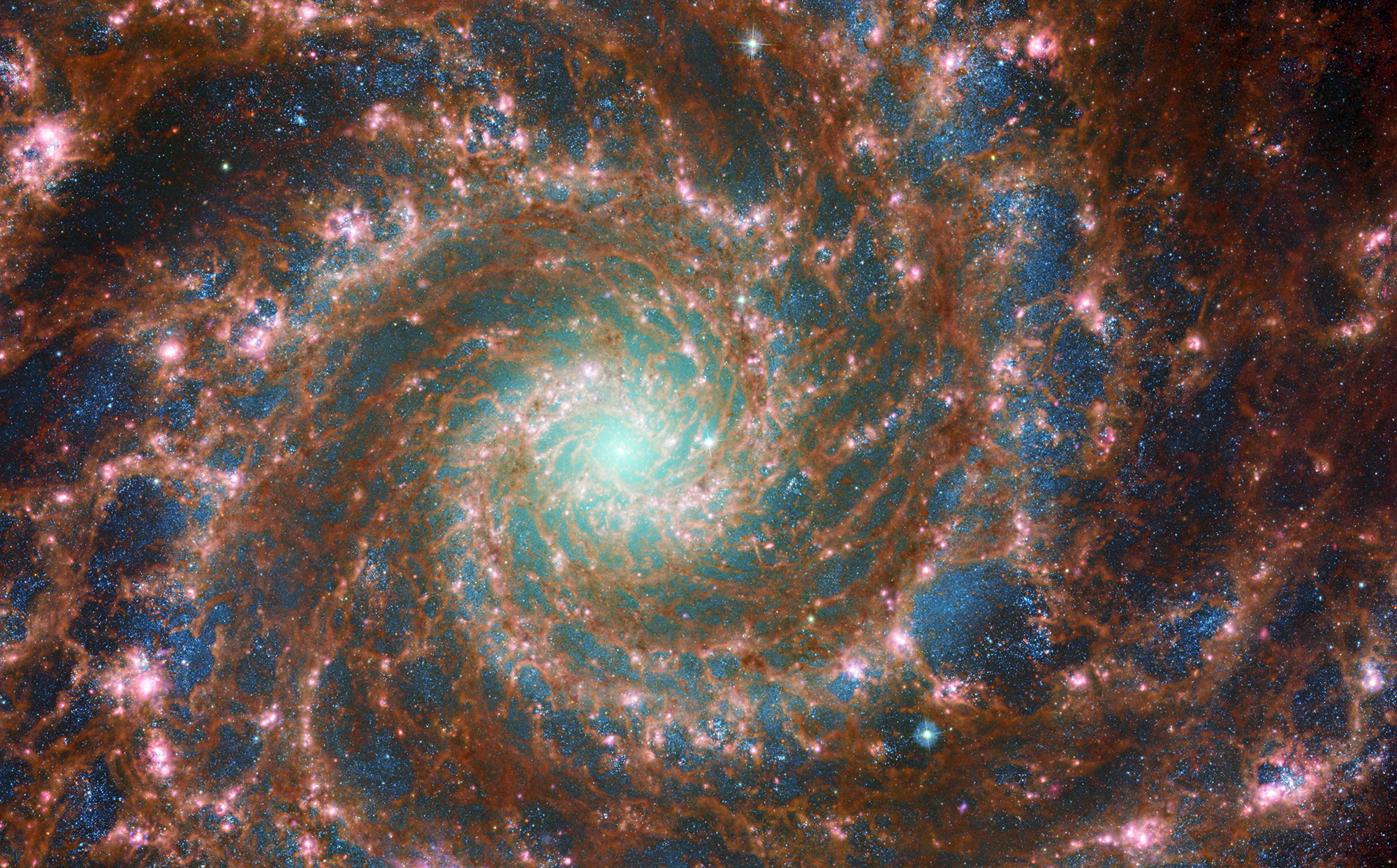 The “Cosmic Cliffs” are the edge of a nearby, young, star-forming region called NGC 3324 in the Carina Nebula. This was one of the first batch of images released by NASA from the James Webb Space Telescope in July. The telescope’s infrared view reveals previously invisible areas of star birth.

The telescope’s images of Jupiter were so spectacular, they surprised NASA’s scientists who were in awe of the rainbow auroras, giant storms and far-off galaxies on display.

The galaxy M74 shines at its brightest in this combined optical/mid-infrared image that features data from both the Hubble Space Telescope and the James Webb Space Telescope.

Protostar L1527 is hidden in the neck of a dark, hourglass-shaped cloud of gas and dust.