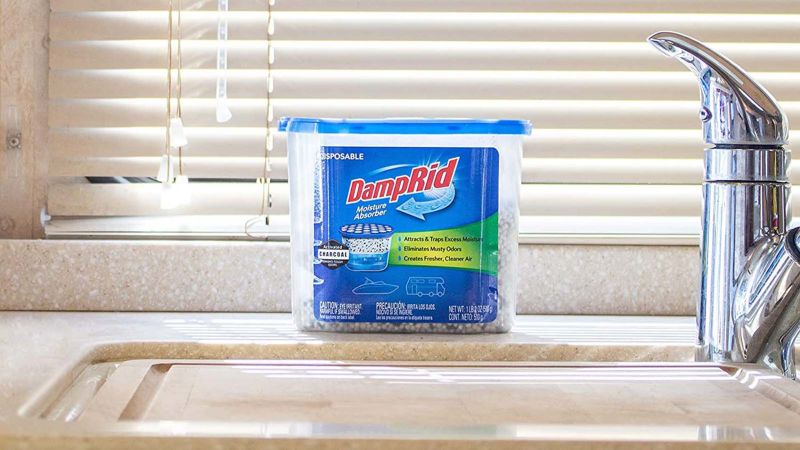 Foul odors are a fact of life, and no one knows this as deeply, or in as excruciating detail as I, because I am a cleaning expert and people frequently sing to me of their smells.

In truth, I love it when people sing to me of their smells because often, those smells come with a wild backstory. (Many of those stories involve vomit.) I also love it because I have spent the last decade or so collecting all sorts of knowledge about how to eliminate just about every kind of odor from every type of thing imaginable, and I get to share that knowledge with people when they need it most.

Ahead, I’ve rounded up my favorite odor-eliminating products for uses from the mundane, like keeping smells in the refrigerator at bay, to the esoteric. If, say, you’ve recently spilled the oils from tinned fish on your favorite sweats, today is your lucky day because I have a solution for that!

When you need to get rid of a bad smell quickly, odor-eliminating sprays are the way to go, and Ozium is the best of the best for neutralizing, rather than masking, a foul odor. A caveat about Ozium: It does have a scent of its own, and it can be overpowering as the product is sprayed; however, the smell dissipates quickly and does not linger.

When something spills or leaks through the liner in a trashcan, creating a terrible smell, the best thing to do is to wash the trashcan out with hot soapy water. However, I live here in the real world with the rest of you and when something spills in my trashcan, after taking out the nasty trash, wiping up gross drips, muttering curse words at the heavens, etc., the last thing I want to do is wash my trashcan. Lysol spray kills those smells instantly, and it’s what I reach for when my trashcan has gone foul.

DampRid is a desiccant — it absorbs water from the air, helping to regulate humidity and moisture levels. Rooms like the basement or attic that are prone to dampness because of environmental or design factors can be unpleasant (think of a badly ventilated bathroom and you’ll get the idea), for one thing, and difficult to keep clean for another, as high moisture levels will encourage bacterial growth and contribute to lingering odors. DampRid addresses that problem, helping to keep moisture-borne odors like mold and mildew at bay.

There are so many household uses for white vinegar that we could be here all day and still not cover all of them! As an odor eliminator, white vinegar can be used in the laundry to remove buildup that traps odor-causing bacteria in fabrics, and it can be poured into small bowls and set out to eliminate airborne odors. It’s worth noting that cleaning vinegar is stronger than regular white vinegar, typically 6% vs. 5% acidity, but that white vinegar works as an odor eliminator too.

Some people hate the smell of white vinegar, and if you’re one of those people, you’ll be pleased to know that Zero Odor Laundry Odor Eliminator works just as well as vinegar to remove lingering odors in laundry. If you’re a person who regularly washes a lot of sweaty workout gear, for example, Zero Odor would be a good product to add to your laundry arsenal.

While white vinegar and Zero Odor are great products for washing stinky workout gear, sometimes doing a load of laundry isn’t in the cards. If an item of clothing that you want to wear again before washing, like a pair of bike shorts or a favorite pair of lounge pants, takes on a less-than-fresh smell, fabric deodorizing sprays like this one from Hex are a great way to get a few more wears between washings. It can also be used to deodorize stinky sneakers, and to clean an exercise mat that’s gone a bit funky.

Speaking of odoriferous laundry! From time to time, a really bad smell will overtake an item and no amount of washing with regular detergent will touch it. Enter: Dr. Bronner’s, which, for reasons I can’t explain with science, is absolutely incredible at eliminating odors in fabric. During the years I wrote a cleaning advice column, my readers successfully used Dr. Bronner’s to eliminate strong smells in clothes ranging from gasoline to oil from tinned fish.

Lemons, like vinegar, have odor-eliminating properties thanks to their acidity. Two ways in which I think lemons really shine when it comes to smells are for getting odors like garlic out of your hands, and for removing strong food smells from cutting boards. Rub a half a lemon (it can even be one you’ve already squeezed) on hands or scrub the surface of a cutting board with it, then wash as usual with hot soapy water.

You will not find a box of baking soda in my refrigerator — I keep it with the baking supplies where it belongs. Baking soda is not the great odor absorber it claims to be, but active charcoal (which also goes by the name activated charcoal, active carbon and activated carbon) is a fantastic alternative that actually works and will keep strong food smells from overtaking your fridge.

Active charcoal odor eliminators also come in sachet form that can go anywhere to absorb odors and keep spaces smelling fresh. These are great for use in drawers, storage bins, the car or any other place that is prone to lingering smells.

Don’t sleep on your vacuum when it comes to dealing with odors! Vacuuming mattresses, headboards and upholstered furniture is an important part of keeping those pieces clean, and regular vacuuming can help to eliminate odors that linger in those fabrics.

In between vacuuming upholstered furniture, a fabric spray may be used to freshen things up. Look for a formula that has antibacterial properties, like Tide’s fabric spray, that kills bacteria, helping to eliminate odors rather than masking them.

Canister-style odor absorbers are the “set it and forget it” of the odor-eliminating world. They are a great choice for keeping smells at bay in spaces like the bathroom or the kitchen, because you can set them out and let them do the work for you, without requiring action on your part. There are lots of these products on the market, but I like the Bad Air Sponge because it works, and also because the name is hilarious!

What feels like a million years ago, I wrote a book called “My Boyfriend Barfed In My Handbag … And Other Things You Can’t Ask Martha” (rolls right off the tongue, doesn’t it??). The title was inspired by a reader question involving, yep, vomit in a nice leather bag. The problem wasn’t so much the mess as it was the smell, and my suggestion was to get an odor-eliminating spray designed for shoes because it would be safe for use on leather. It worked! I hope that none of you ever upchuck in your tote, but if you do, now you know what to do. (This works on other smells too.)

Well! We made it through the vomit portion of the proceedings and I promised you something for cat pee, so here it comes: Biokleen Bac-Out is The Thing for cat pee smell remediation. If you have a cat, you know that cat will, at some point in its little feline life, pee all over your things to express displeasure over a choice you have made. Bac-Out is the stuff that will save whatever Kitty has sprayed.

To end this on a more elegant note than cat pee, here comes one last odor absorber that’s great to know about: Plants! Yes, certain houseplants have desiccant properties, meaning that they absorb moisture — and its associated odors — from the air. Think of plants that help to control humidity, such as peace lilies, Boston ferns and spider plants, as nature’s DampRid.