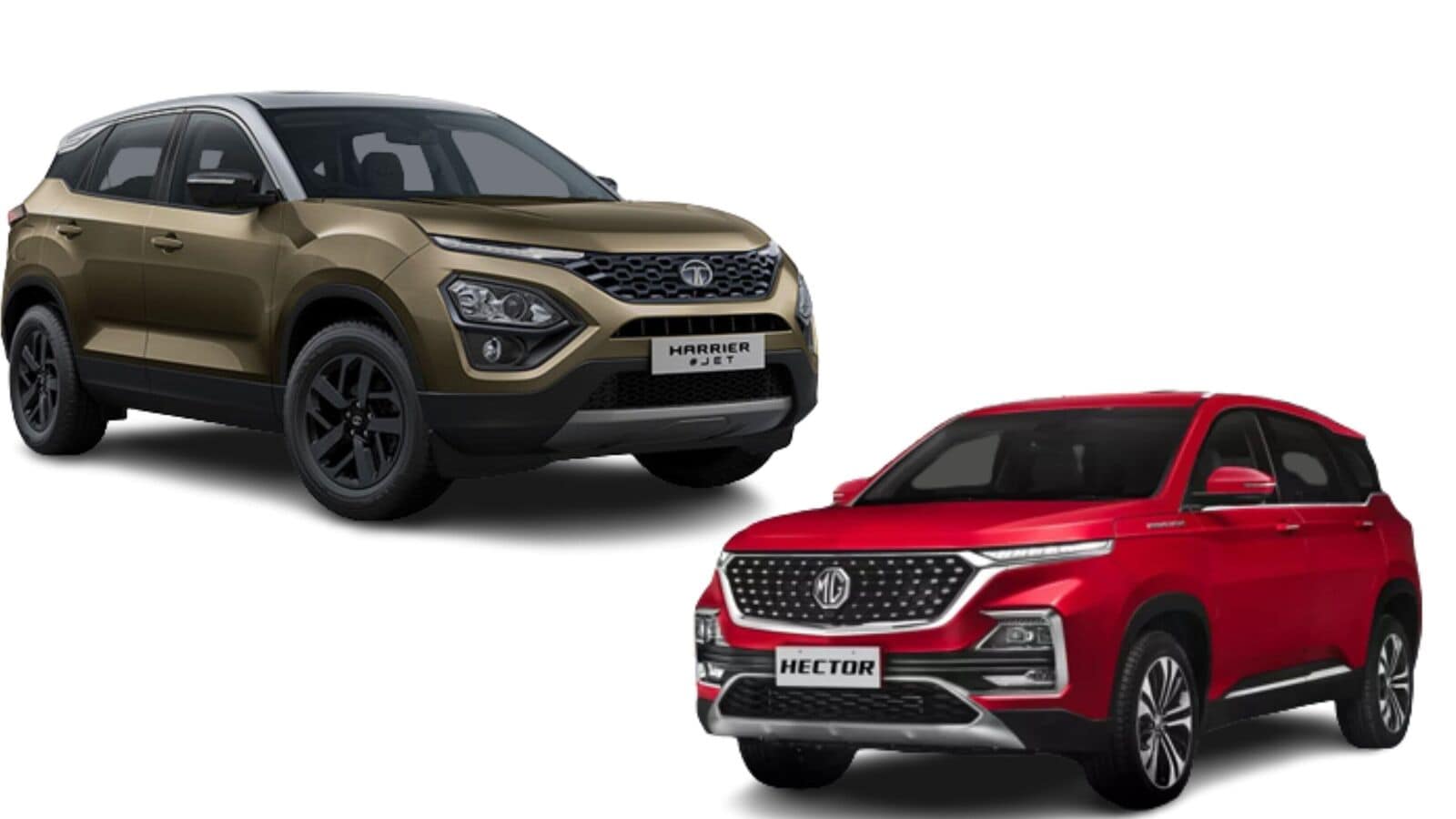 The mid-size SUV segment is quite hot right now. More and more people are opting for mid-size SUVs instead of mid-size sedans. Tata launched the Harrier back in January of 2019, initially, there were some niggles that were solved by the manufacturer eventually in the next iteration which was launched in 2020. One of the strong rivals to the Harrier is the MG Hector which became the best-selling SUV when it was first introduced in mid-2019. Here, is a comparison between the Tata Harrier and MG Hector.

In terms of looks, both vehicles have a strong road presence and use a split-headlamp setup. The Harrier looks like a smaller version of a Land Rover which is not a bad thing. Then there is the size of the Hector which does make it look quite big than its rivals.

Tata and MG are sharing the Fiat-sourced diesel engine for the SUVs. So, the Hector and Harrier come with a 2.0-litre, diesel engine that produces 168 bhp and 350 Nm of peak torque. It comes mated to a 6-speed gearbox as standard.

Also Read : Toyota Innova HyCross vs Innova Crysta: What should be your choice

In terms of pricing, the Tata Harrier starts at ₹14.80 lakh and goes up to ₹22.25 lakh. The Hector is priced between ₹14.43 lakh and ₹20.36 lakh. All prices are ex-showroom. Having said that, MG will soon be launching the updated Hector which is expected to cost more and might go on sale alongside the current Hector. Tata Motors is also working on a facelift of the Harrier which is expected to launch next year. The manufacturer might also offer a petrol engine finally.