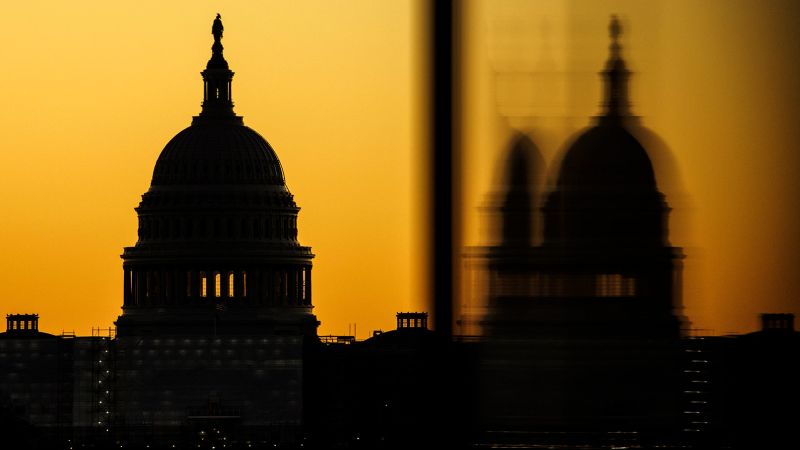 After a day of stalled negotiations, Senate Majority Leader Chuck Schumer took procedural steps on Wednesday just before midnight that could force a final vote on the year-long government spending bill Friday or Saturday.

But the New York Democrat indicated they were still working to secure an agreement with Republicans that would allow votes on amendments on Thursday before voting on the bill. Government funding runs out at the end of the week.

“We are making good progress. As a procedural safeguard, I am filing cloture. But I’m hopeful, very hopeful we will lock in an agreement shortly,” Schumer said on the Senate floor.

Senate Republican Whip John Thune also sounded a slightly more upbeat note when he said late Wednesday he thought Democratic leaders were narrowing in on a creative solution to the impasse over an amendment from GOP Sen. Mike Lee of Utah to extend the Trump-era border policy known as Title 42, which allows migrants to be turned back at the border.

Talks are expected to continue in the morning.

Senators had been pessimistic about making progress on the year-long government funding bill earlier Wednesday night.

“This bill is hanging by a thread,” Democratic Sen. Chris Coons of Delaware said. “We are having enormously difficulty between a few Republicans on exactly what is the path.”

The Biden administration earlier this week told the Supreme Court it should reject an emergency bid by a group of GOP-led states to keep the controversial border restriction in effect while legal challenges play out.

However, Democrats had been concerned that Lee’s amendment could pass, as some centrists and others in their party have expressed support for an extension of the policy. That could cause the spending bill to be sunk in the Democratic-led House, which must pass the bill after it clears the Senate.

But Title 42 may not be the only hang up. Democratic Sen. Richard Blumenthal of Connecticut said Wednesday there are now a “number” of issues holding up the bill, not just Title 42, which had been a main sticking point.

Some lawmakers suggested Congress might need to vote on another short-term funding bill to avoid a government shutdown.

Senate leaders unveiled the $1.7 trillion year-long funding bill early Tuesday morning – the product of lengthy negotiations between top congressional Democrats and Republicans. The Senate had hoped to vote first to approve the deal this week and then send it to the House for approval before government funding runs out on December 23.

This story and headline have been updated with additional developments.