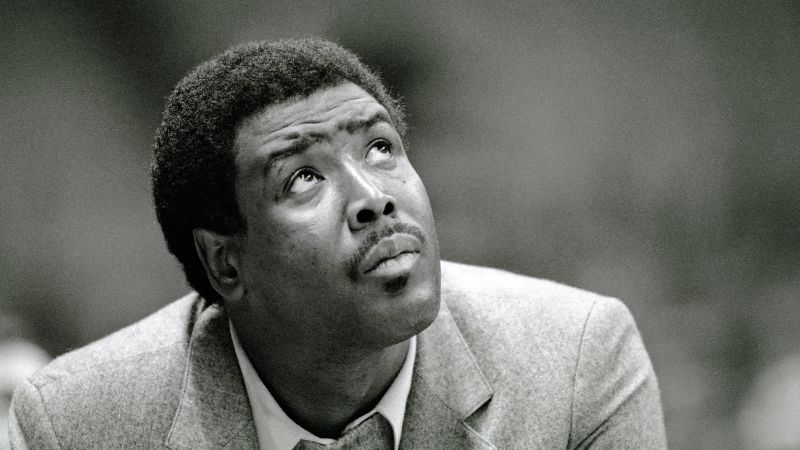 Former NBA All-Star and longtime head coach Paul Silas has died at the of age 79, the league announced Sunday.

“We mourn the passing of former NBA All-Star and head coach Paul Silas. Paul’s lasting contributions to the game are seen through the many players and coaches he inspired, including his son, Rockets head coach Stephen Silas. We send our deepest condolences to Paul’s family,” NBA commissioner Adam Silver said in a statement Sunday.

Known for his defensive prowess, Silas was a three-time NBA champion in his 16 seasons as a player in the league. Silas was drafted by the St. Louis Hawks, who have since moved to Atlanta, with the No. 10 pick in the 1964 NBA Draft out of Creighton University.

Silas won two of his NBA championships while with the Boston Celtics in 1974 and 1976, and his third with the Seattle Supersonics in 1979. He was a two-time All-Star and five-time All-Defensive player.

As a college player with Creighton, Silas was a three-time All-American basketball player from 1961 to 1964, and became one of five players in NCAA history to average more than 20 points (20.5) and 20 rebounds (21.6), joining Bill Russell, Julius Erving, Kermit Washington and Artis Gilmore.

He was inducted into the College Basketball Hall of Fame in 2017.

After retiring as a player, Silas joined the coaching ranks, becoming the head coach of the then-San Diego Clippers in 1980 – a stint that lasted three years.

Following his time with the Clippers, Silas spent more than a decade as an assistant coach before returning to a head coaching position with the Charlotte Bobcats, Charlotte Hornets, Cleveland Cavaliers and New Orleans Hornets.

While with the Cavaliers, Silas was the first head coach of superstar LeBron James.

In his coaching career, Silas finished with a 387-488 record and led the Hornets teams to the playoffs three times, reaching the conference semifinals twice.

Hornets owner Michael Jordan released the following the statement on the death of Silas, “Our Hornets family mourns the passing of Paul Silas. Paul was an incredible leader and motivator who served as our head coach on two occasions. He combined the knowledge developed over nearly 40 years as an NBA player and coach with an innate understanding of how to mix discipline with his never-ending positivity.

“On or off the court, Paul’s enthusiastic and engaging personality was accompanied by an anecdote for every occasion. He was one of the all-time great people in our game, and he will be missed. My thoughts, and the thoughts of our entire organization, are with his wife, Carolyn; his children, Paula and Stephen; and the entire Silas family.”

Stephen Silas is the current head coach of the Houston Rockets. Silas will miss the Rockets game against the Milwaukee Bucks on Sunday night due to the death of his father.

“The Fertitta Family and the Rockets organization are deeply saddened by the passing of Paul Silas, father of Rockets head coach Stephen Silas,” the Rockets said in a statement Sunday. “Our heartfelt thoughts are with Stephen and his family during this difficult time.”