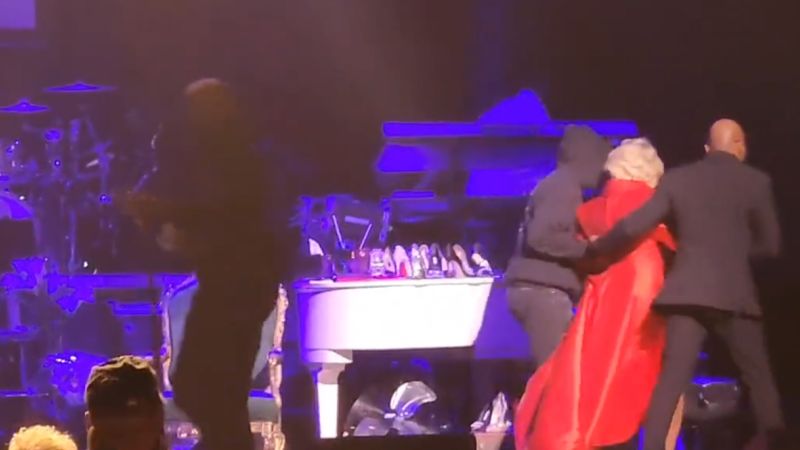 A Patti LaBelle concert at the Riverside Theater in Milwaukee was abruptly halted Saturday night when the star was rushed off the stage due to a bomb threat, organizers said.

Social media video showed LaBelle exclaiming, “Wait!” as three individuals pushed her mic stand away and escorted her off-stage without explanation. Band members rush behind her as audience members are heard in the video asking, “What happened?”

“Tonight’s Patti LaBelle show at the Riverside Theater has been postponed following a bomb threat investigated by the Milwaukee Police Department,” concert organizer Pabst Theater Group said in a statement.

“We are thankful for the efforts of the Milwaukee Police Department and our customers and staff for their safe and orderly exit. We are working with the artist to reschedule the show,” the statement said.

Police say concert attendees were safely evacuated and the investigation is ongoing, according to CNN affiliate WTMJ.

CNN has reached out to Milwaukee police for further details.