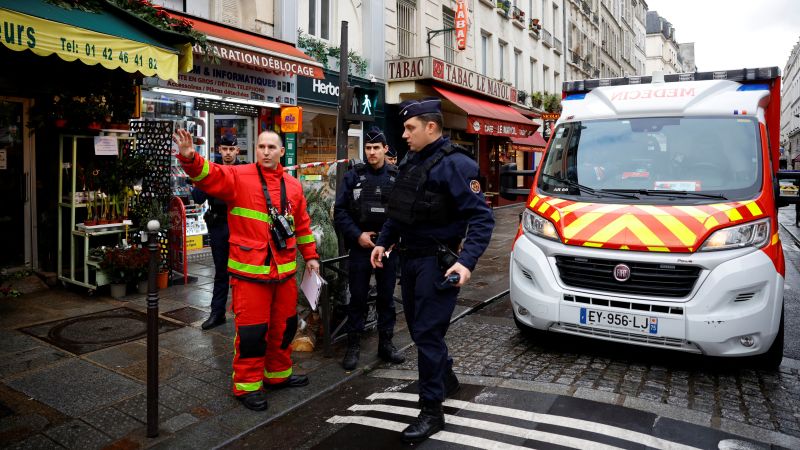 Three people died and four others were injured after a gunman opened fire at a Kurdish community center, and a nearby restaurant and barber shop in Paris on Friday, local mayor Alexandra Cordebard said.

“Following the dramatic shooting which took place this morning, I returned to Paris and will go to the scene. All my thoughts go to the families of the victims. The perpetrator was arrested,” French Interior Minister Gérald Darmanin tweeted.

The shooting in the 10th arrondissement has not been designated as a terrorist incident, though all avenues are being investigated.

The suspected attacker has been arrested. Paris prosecutor Laure Beccuau said the gunman’s motive is unclear and that an investigation has been launched.

Beccuau told journalists at the scene that the suspected attacker had previously been known to the police to have been allegedly involved in two incidents: One in the Paris suburb of Seine-Saint-Denis and the other at a migrant tent camp in Bercy, near the French Finance Ministry, in the 12th arrondissement of Paris.

“We are evaluating the facts to know if the event should be qualified as an act of terrorism,” the prosecutor’s office said.

This is a breaking news story. More to follow.