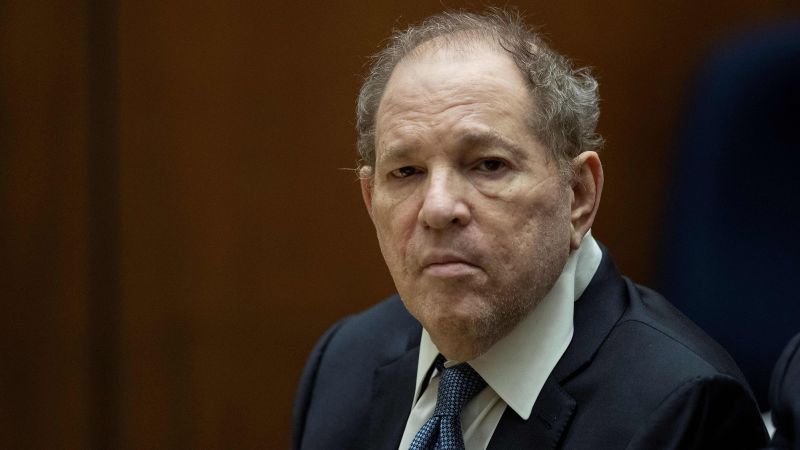 The mixed verdict in Harvey Weinstein’s Los Angeles trial, to some, illustrates how justice and accountability in the #MeToo movement isn’t always even.

Weinstein was found guilty of three of seven charges against him, related to allegations brought by a woman referred to as Jane Doe 1.

The jury was hung on counts related to three other women.

Weinstein faces a maximum of 18 years in prison for the convictions, though jurors in the case will return to court Tuesday to hear argument on about aggravated factors related to the charges that could add as much as six years to the sentence.

In a statement Monday, Jane Doe 1 thanked the prosecution team for “fighting so hard for all the victims, including me, in the trial.”

“Harvey Weinstein forever destroyed a part of me that night in 2013 and I will never get that back,” she said. “The criminal trial was brutal and Weinstein’s lawyers put me through hell on the witness stand, but I knew I had to see this through to the end, and I did… I hope Weinstein never sees the outside of a prison cell during his lifetime.”

A spokesperson for Weinstein told CNN the former movie producer vowed to “continue fighting for his innocence.”

The accusations against Weinstein, the man once synonymous with Hollywood, kicked off a worldwide conversation about sexual misconduct.

In 2017, the New York Times published a story detailing numerous accusations of sexual abuse by Weinstein. That was followed by Weinstein being accused by multiple women in an explosive story by Ronan Farrow for The New Yorker.

After a 2020 trial in New York, Weinstein was convicted of a criminal sex act and third-degree rape and is currently serving a 23-year sentence for those crimes.

The conviction is currently being appealed.

Though it had started in earnest years before by activist Tarana Burke, the allegations sparked worldwide awareness of the #MeToo movement, which grew as others added their voices concerning similar allegations of harassment and assault.

Hollywood movers and shakers – as well as captains of industry, from politics to tech – found themselves facing allegations of sexual misconduct and/or sexual abuse.

Time Magazine eventually named “The Silence Breakers,” representing the people who came forward to report misconduct, its People of the Year.

“These silence breakers have started a revolution of refusal, gathering strength by the day,” read an excerpt from the piece. “Their collective anger has spurred immediate and shocking results: nearly every day, CEOs have been fired, moguls toppled, icons disgraced. In some cases, criminal charges have been brought.”

Years later, not all of those who faced allegations at the onset of the #MeToo wave have had repercussions similar to those Weinstein has had.

Actor Anthony Rapp accused Kevin Spacey of making a sexual advance at him when Rapp was 14 in a report published by Buzzfeed. Spacey was found not liable for battery in a civil trial in October, nearly five years after Rapp first made his public accusations.

Comedian Louis C.K., who was accused of sexual misconduct by five women in a New York Times report but never faced any criminal charges, took time off from the industry after admitting in a statement that the allegations made against him, including that he masturbated in front of women who came forward, were true. He reemerged less than year later, performing a comedy set at New York’s Comedy Cellar. He won a Grammy this year for his comedy album, “Sincerely Louis C.K.,” which addressed the aftereffects of the accusations against him.

Early on amid the movement’s growing recognition, cracks began to form.

In January 2018, comedian Aziz Ansari responded to an accusation of sexual assault made by a woman with whom he went on a date the year before by saying he believed their encounter had been “completely consensual.”

The woman, a 23-year-old photographer, had shared her account with the website Babe anonymously, the day prior.

The accusations against Ansari caused disagreement among many, including supporters of the Time’s Up and #MeToo movements, with debate around the nuances of consent.

Some even complained that #MeToo put men in an untenable position of having to be overly cautious in their dealings lest they be accused.

In October 2022, Burke wrote her assessment of where the movement stood five years after the Weinstein story drew international attention to the fight she has long waged against sexual violence.

“As the years passed, the backlash mounted and the outcomes of accusations started to revert to what is statistically normal in this country. Patriarchy, misogyny, and sexism had a huge head start by the time we joined the race,” Burke wrote. “While the movement was given a shot in the arm by #MeToo, the idea that it would be the antidote to decades of entrenched ideas and behaviors is wildly unrealistic.”

“Yet when the triumphs became tragedies, suddenly the movement was failing. Titillating headlines, dramatic court cases, and discourse about what #MeToo had accomplished became the focus,” she added. “But while those individual stories may be relevant, they aren’t at all descriptive of what this movement is or prescriptive for where it is going.”