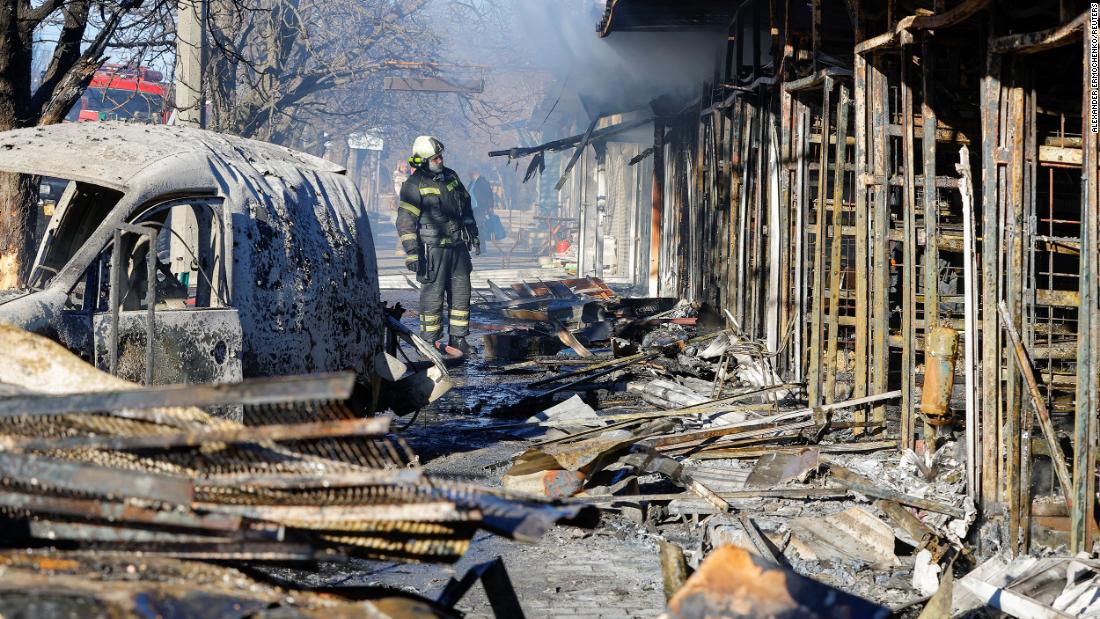 Ukraine launched a missile attack on the Russian-occupied city of Melitopol Saturday, according to officials on both sides.

A “recreation center, where people, civilians, and (military) base personnel were having dinner on Saturday night, was completely destroyed,” Balitsky said.

Fedorov said the explosions hit the building of the Melitopol Christian Church, “which the occupiers seized several months ago and turned into their hideout.”

Last month, the Ukrainian official said the Russian military has turned Melitopol into “one giant military base.”

“The Russian military is settling in local houses they seized, schools and kindergartens. Military equipment is stationed in residential areas,” he said at the time.

Fedorov, who is not in Melitopol, also reported dead and wounded among the Russian forces in the city. He did not provide a specific number.

Melitopol, in Ukraine’s Zaporizhzhia region, has been under Russian occupation since early March.