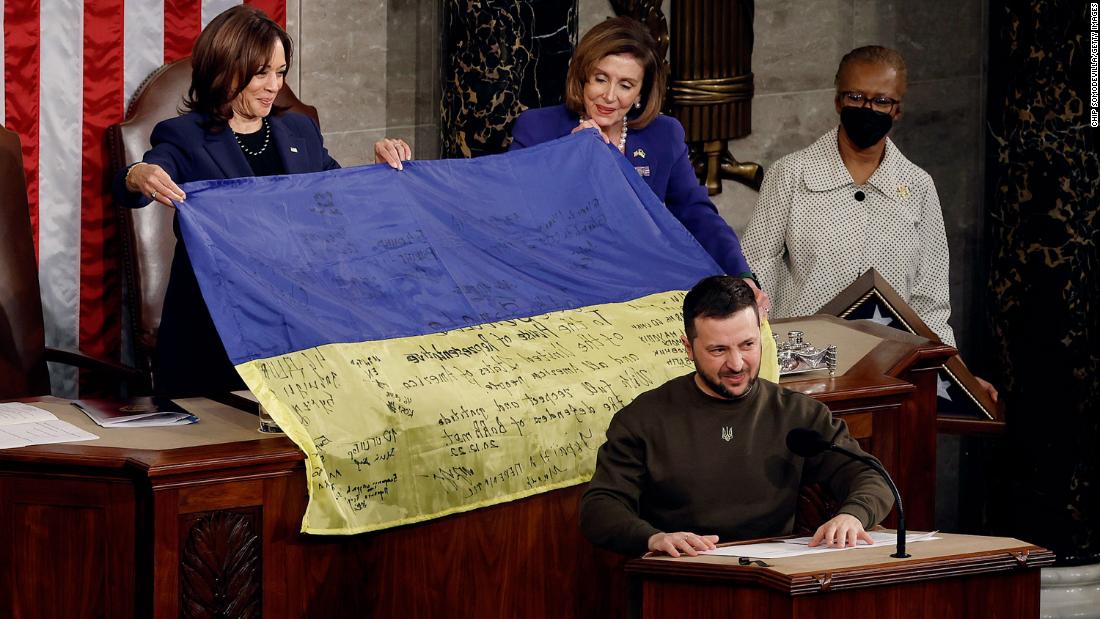 Kyiv and its Western allies are “set for a long confrontation with Russia” following President Volodymyr Zelensky’s momentous visit to Washington, Moscow said, as the war in Ukraine approaches 10 months.

Russia’s Foreign Ministry condemned what it called the “monstrous crimes” of the “regime in Kyiv,” after US President Joe Biden promised more military support to Ukraine during Zelensky’s summit at the White House on Wednesday.

Foreign Ministry spokesperson Maria Zakharova said that no matter how much military support the West provides to the Ukrainian government, “they will achieve nothing.”

“As the leadership of our country has stated, the tasks set within the framework of the special military operation will be fulfilled, taking into account the situation on the ground and the actual realities,” Zakharova added, referring to Russia’s war in Ukraine.

Her comments came after Zelensky delivered a historic speech from the US Capitol, expressing gratitude for American aid in fighting Russian aggression since the war began – and asking for more.

While keeping the spotlight on the conflict in Ukraine, Zelensky emphasized that American support “is crucial.”

The US announced a new $1.8 billion aid package to Ukraine, which included the “first-ever transfer to Ukraine of the Patriot Air and Missile Defense System, capable of bringing down cruise missiles, short-range ballistic missiles, and aircraft at a significantly higher ceiling than previously provided air defense systems.”

Kyiv has repeatedly asked for the US Army’s Patriot — an acronym for Phased Array Tracking Radar for intercept on Target — system, as it is considered one of the most capable long-range air defense systems on the market.

However, the Kremlin denounced the transaction and said the US supplying Ukraine with Patriot missile systems will prolong the Ukrainian people’s “suffering.”