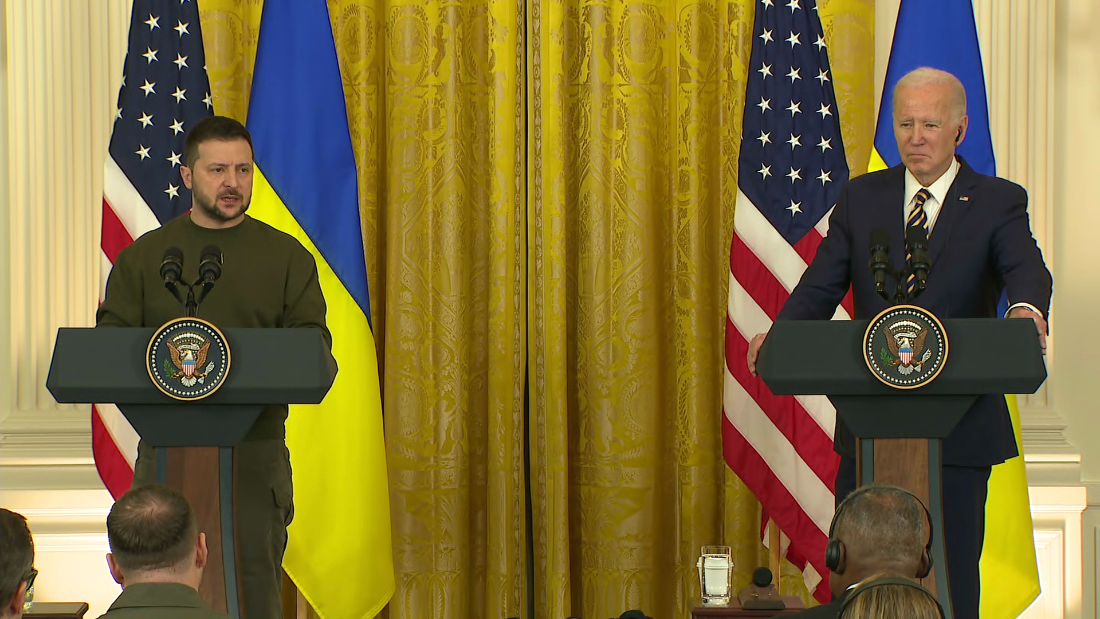 If ever a leader personified their nation, it is Volodymyr Zelensky.

Unbroken, defiant, a civilian forced to don green military garb, the Ukrainian president spent Wednesday in Washington, DC, on his daring first trip out of his country since Russia’s brutal, unprovoked invasion in February. He expressed heartfelt gratitude for America’s multi-billion dollar weapons and ammunition lifeline — but made clear he’d never stop asking for more.

Appearing with extraordinary symbolism at the White House with President Joe Biden and before a joint meeting of Congress, Zelensky also bore sobering news. A long, bloody battle for freedom, democracy, and ultimately, the survival of a nation Russian President Vladimir Putin says has no right to exist — a fight for which it’s still not clear the free world has the stomach — is nowhere near over.

The comic actor-turned-wartime hero effectively put the fate of millions of Ukrainians in the hands of American lawmakers, taxpayers and families at a time when there is growing skepticism among the incoming Republican House majority about the cost of US involvement.

At an emotional peak of his speech in the House chamber, Zelensky handed Speaker Nancy Pelosi and Vice President Kamala Harris a Ukrainian flag he retrieved from the hottest battle front at Bakhmut on Tuesday.

“Our heroes … asked me to bring this flag to you, to the US Congress, to members of the House of Representatives and senators whose decisions can save millions of people,” he said. “So, let these decisions be taken. Let this flag stay with you.”

Editor’s note: This post was adapted from the Dec. 22 edition of CNN’s Meanwhile in America, the daily email about US politics for global readers. Read the full analysis here or click here to read past editions and subscribe.