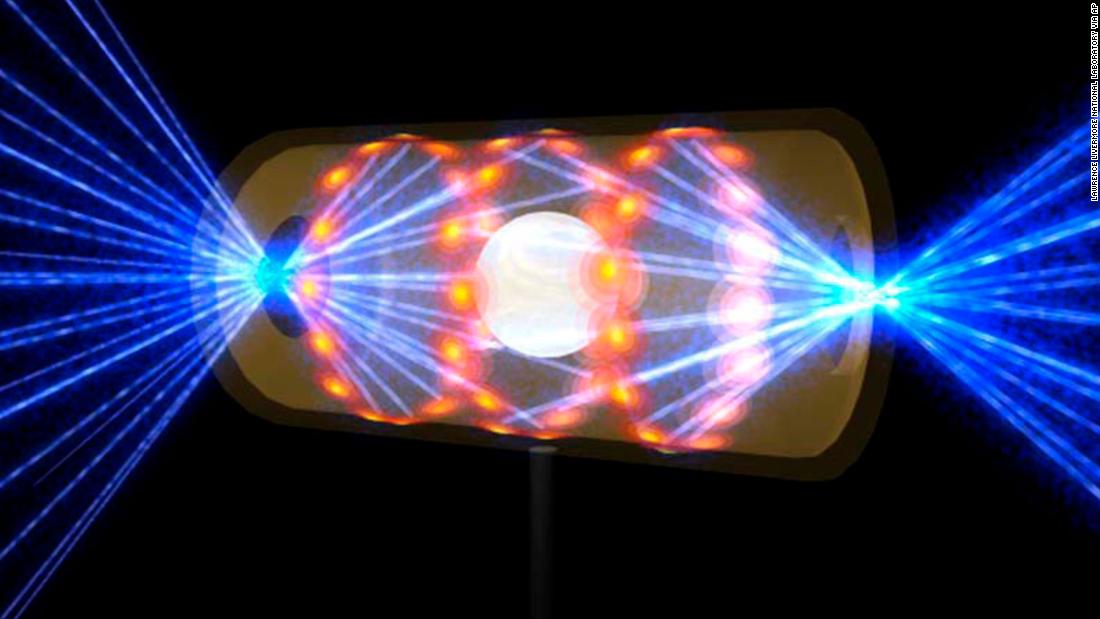 Scientists at Lawrence Livermore National Laboratory’s National Ignition Facility have made history by successfully producing a nuclear fusion reaction resulting in a net energy gain, a breakthrough hailed by US officials as a “landmark achievement” and a “milestone for the future of clean energy.”

Here are key things to know about today’s announcement — and possible next steps:

Scientists around the world have been studying nuclear fusion for decades, hoping to recreate it with a new source that provides limitless, carbon-free energy – without the nuclear waste created by current nuclear reactors. Fusion projects mainly use the elements deuterium and tritium – both of which are isotopes of hydrogen.

The deuterium from a glass of water, with a little tritium added, could power a house for a year. Tritium is rarer and more challenging to obtain, although it can be synthetically made.

“Unlike coal, you only need a small amount of hydrogen, and it is the most abundant thing found in the universe,” Julio Friedmann, chief scientist at Carbon Direct and a former chief energy technologist at Lawrence Livermore, told CNN. “Hydrogen is found in water so the stuff that generates this energy is wildly unlimited and it is clean.”

Why was today’s announcement significant? This is the first time scientists have ever successfully produced this, instead of breaking even as past experiments have done.

While there’s many more steps until this can be commercially viable, it’s essential for scientists to show that they can create more energy than they started with. Otherwise, it doesn’t make much sense for it to be developed.

“This is very important because from an energy perspective, it can’t be an energy source if you’re not getting out more energy than you’re putting in,” Friedmann told CNN. “Prior breakthroughs have been important but it’s not the same thing as generating energy that could one day be used on a larger scale.”

What are the next steps? Scientists and experts now need to figure out how to produce much more energy from nuclear fusion on a much larger scale.

At the same time, they need to figure out how to eventually reduce the cost of nuclear fusion so that it can be used commercially.

Scientists will also need harvest the energy produced by fusion and transfer it to the power grid as electricity. It will take years – and possibly decades – before fusion can be able to produce unlimited amounts of clean energy, and scientists are on a race against the clock to fight climate change.