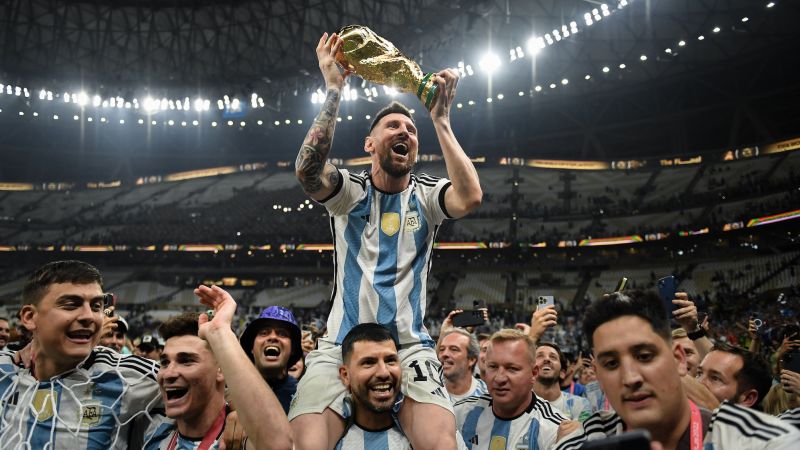 The images, which show Messi and other Argentina players celebrating their 2022 World Cup win, have racked up over 67 million likes on the social media platform within hours of being posted.

In a sensational final on Sunday, Argentina won the World Cup after beating France in Qatar. It was the crowning achievement for team captain Messi, who said this would be the last World Cup game of his remarkable career.

He scored two goals in the final and was awarded the Golden Ball as the best player in the tournament.

Before Messi’s post, the most-liked photo on Instagram was an ordinary brown egg. Posted in 2019, it boasts over 57 million likes and had overtaken the previous record held by reality star and makeup mogul Kylie Jenner.

On Tuesday, Argentina’s World Cup-winning squad arrived home to a jubilant Buenos Aires as millions of people lined the streets to celebrate their champions’ return. Messi stepped off the plane first, holding the gold trophy aloft, followed by his triumphant team onto a red carpet at the airport.

The triumph in Doha was Argentina’s third World Cup win and its first since 1986, when the legendary Diego Maradona led the team to victory in Mexico.