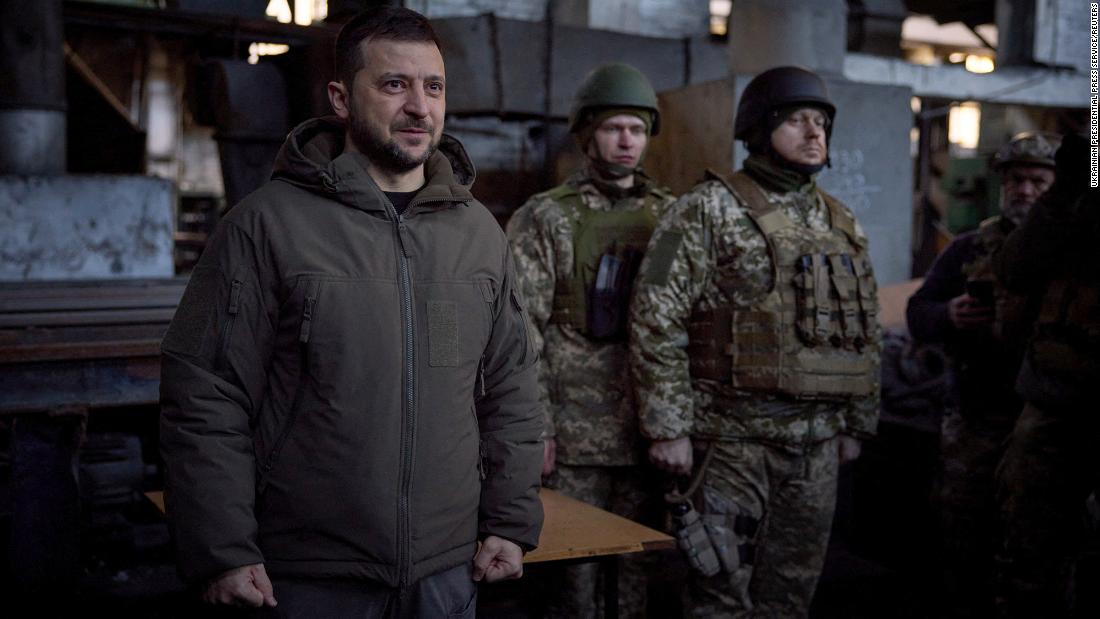 In a series of announcements on Wednesday, Russian President Vladimir Putin and Defense Minister Sergei Shoigu declared there would be substantial investment in many areas of the military — including increasing the size of the armed forces, accelerating weapons programs and deploying a new generation of hypersonic missiles.

At an expanded meeting of the Russian Defense Ministry’s board, Putin and Shoigu laid out a series of initiatives designed to prepare Russia for what Putin called “inevitable clashes” with Russia’s adversaries.

Military expansion: Shoigu said that the country’s military must be expanded from its current 1 million personnel to 1.5 million, including a target of 695,000 volunteer contract soldiers. Russia has recently deployed an additional 150,000 soldiers to what it calls its “special military operation” in Ukraine — half the total number of men mobilized in the fall.

Both men made it clear that Russia’s principal adversary is what they regard as an expansionist NATO that wants to weaken and even split Russia.

“Given NATO’s desire to build up military potential near the Russian borders, as well as to expand the alliance through Finland and Sweden, retaliatory measures are required to create an appropriate grouping of troops in northwestern Russia,” Shoigu said.

Shoigu announced the creation of a new Leningrad Military District in northwest Russia to create two “strategic territorial associations of the Armed Forces — the Moscow and Leningrad military districts.”

Nuclear updates: There were also updates on the improvement and modernization of Russia’s nuclear deterrents.

Shoigu announced the start of work on the deployment of Russia’s latest intercontinental ballistic missile, the RS-28 Sarmat.

“Successful launches of a new heavy-class missile of the Sarmat missile system during state tests made it possible to begin work on its deployment,” he said.

President Putin said the system would be put on combat duty in the near future.

In addition, Shoigu said the delivery to the armed forces of a new generation of hypersonic missiles — including the Zircon and the Dagger — would be accelerated.

Military repairs: Shoigu also announced a shakeup in the maintenance and repair of military equipment, which has been a persistent problem since Russia’s invasion of Ukraine.

“Next year, three repair plants will be formed, and repair units in the military unit will be strengthened,” Shoigu said at the meeting.

In an apparent reference to corruption in the military procurement process, Shoigu said, “The transition to outsourcing in 2008-2012 led to the practical destruction of military repair bodies, which negatively affected the serviceability of weapons and equipment. Since 2012, measures have been taken to recreate them.”

Putin also insisted that Russia would not “repeat the mistakes of the past, when in the interests of increasing the defense capability, where it is necessary and where it is not necessary, we destroyed our economy.”