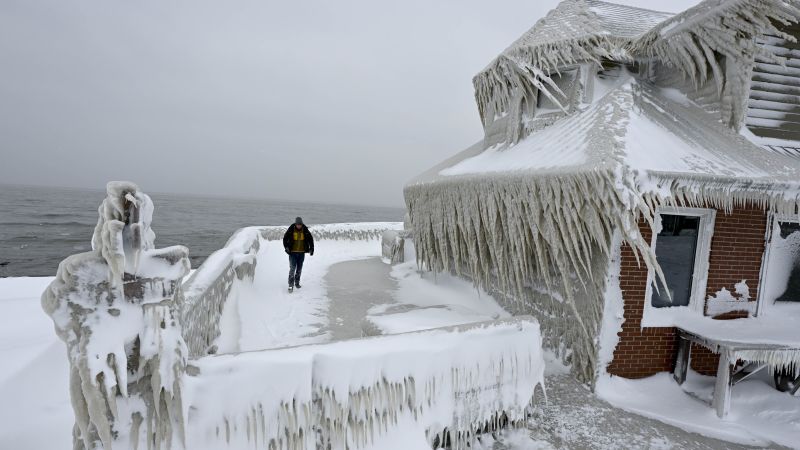 A perilous and prolonged winter storm that barreled across the nation over the past week brought heavy snow and blizzard conditions to parts of the US, as a major arctic blast plunged temperatures to dangerous levels in much of the country.

More than half the US population went through a Christmas weekend under wind chill alerts.

As it moved over the Great Lakes, the storm became a “bomb cyclone,” bringing blizzard and winter weather alerts along with whiteout conditions. New York state in particular saw heavy snowfall that stranded even emergency vehicles and caused widespread outages.

Here are the places that received some of the highest snow totals from this winter storm:

The city in western New York got a whopping 55.8 inches of snow this month. The last time Buffalo has received this much snow in a monthly period was back in December 2001, with a whopping 82.7 inches.

Another city in New York, Watertown, was pummeled with snow as lake effect bands moved over the area, bringing dangerous blizzard conditions.

Near Watertown, Copenhagen, a village in New York’s Lewis County, was buried in snow. Driving conditions were so difficult that even snowplows had a tough time navigating the roads, CNN affiliate WWNY reported.

The Michigan area set a daily maximum snowfall record with 10.9 inches of snow on Sunday. This beats the old record of 8 inches received back on December 25, 1992.

A record snowfall of 10.5 inches fell at Grand Rapids, Michigan, on Saturday, breaking the previous record of 7.5 inches set in 1993.