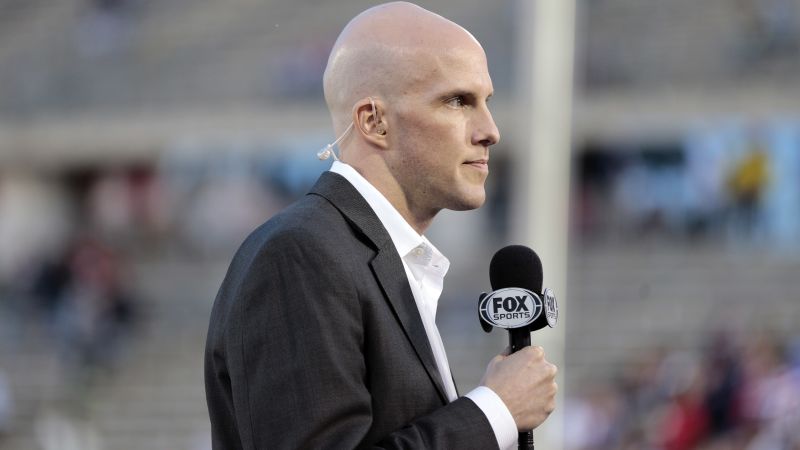 The body of prominent American journalist Grant Wahl has been returned to the US and an autopsy is being performed after he died while covering the World Cup in Qatar, his manager said.

Wahl, 49, died Friday after he collapsed while covering a match between Argentina and the Netherlands.

Wahl had covered soccer for more than two decades, including 11 World Cups – six men’s, five women’s – and authored several books on the sport, according to his website.

He made headlines in November by reporting he was detained and briefly refused entry to a World Cup match because he was wearing a rainbow t-shirt in support of LGBTQ rights.

There is “no indication of foul play or anything nefarious at this point,” Price said of the circumstances surrounding Wahl’s death.

“We did receive excellent cooperation from our Qatari partners as soon as we learned of Grant Wahl’s passing,” Price said. “Our ambassador … was in regular contact with senior officials in the Qatari government in an effort to see to it that we were in a position to fulfill the wishes of the family as expeditiously as possible.”

Qatar’s World Cup organizers said Saturday that Wahl “fell ill” in the press area, where he received “immediate medical treatment on site.” He was then transferred to Hamad General Hospital, said a spokesperson for the Supreme Court Committee for Delivery and Legacy, the body responsible for planning the tournament.

In an episode of the podcast Futbol with Grant Wahl, published days before his death on December 6, he had complained of feeling unwell.

“It had gotten pretty bad in terms of like the tightness in my chest, tightness, pressure. Feeling pretty hairy, bad,” Wahl told co-host Chris Wittyngham in the episode. He added that he sought help at the medical clinic at the World Cup media center, believing he had bronchitis.

He was given cough syrup and ibuprofen, and felt better shortly afterward, he said.

Wahl also said he experienced an “involuntary capitulation by my body and mind” after the US-Netherlands game on December 3.

“This isn’t my first rodeo. I’ve done eight of these on the men’s side,” he said at the time. “And so like, I’ve gotten sick to some extent at every tournament, and it’s just about trying to find a way to like get your work done.”

He further described the incident in a recent newsletter published on December 5, writing that his body had “broke down” after he had little sleep, high stress and a heavy workload. He’d had a cold for 10 days, which “turned into something more severe,” he wrote, adding that he felt better after receiving antibiotics and catching up on sleep.