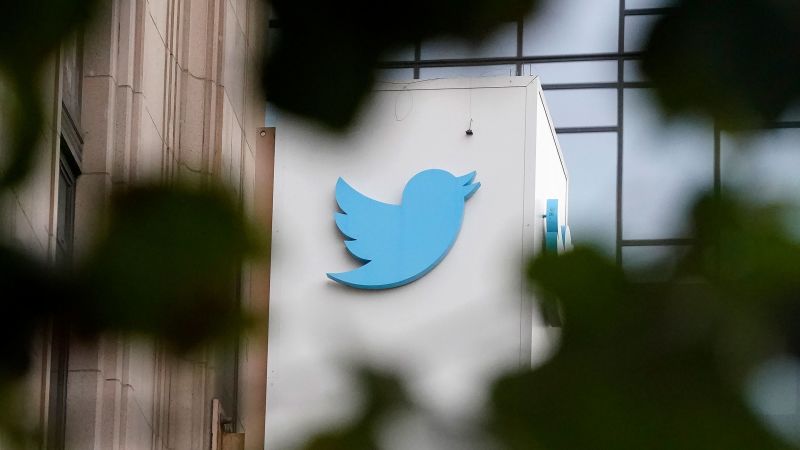 Twitter will ban links to other social media services and suspend accounts that try to direct Twitter users to alternative platforms, the company announced Sunday, in an apparent attempt to stem user defections to competitors.

Twitter’s move signals a shift toward a more closed environment, one that still accepts incoming traffic from other sites but makes it more difficult for users to leave Twitter’s website for other destinations.

Despite the bans, Twitter says it will still “allow paid advertisement/promotion for any of the prohibited social media platforms.”

Notably absent from the list is TikTok, one of the internet’s fastest-growing social media platforms whose links to China have sparked national security concerns among US policymakers. Musk’s own significant stake in China through his other company, Tesla, have raised doubts among critics as to whether the CEO would stand up to China if the country’s leaders sought to apply pressure on Twitter.

The policy change comes after some Twitter users announced their intention to move to other platforms last week, in the wake of Twitter’s suspension of a number of journalists who cover Musk. Amid the backlash to the journalists suspensions, Twitter quietly began blocking links to Mastodon.

Now, that practice has been formalized into official Twitter policy, a move that could further raise eyebrows among Twitter’s regulators.

As part of Twitter’s new policy, users may not “link out” to social media platforms subject to the restrictions. Users are also prohibited from updating their Twitter profiles to include their account names on other platforms, a way to inform followers where they might be found elsewhere on social media.

“If violations of this policy are included in your bio and/or account name, we will temporarily suspend your account and require changes to your profile to no longer be in violation,” the blog post said. “Subsequent violations may result in permanent suspension.”

First offenses or isolated incidents may result in temporary suspensions or requirements that users delete the violating content, Twitter said.

Users may continue to use third-party software to simultaneously publish their social media content to multiple sites, including Twitter, the company said.