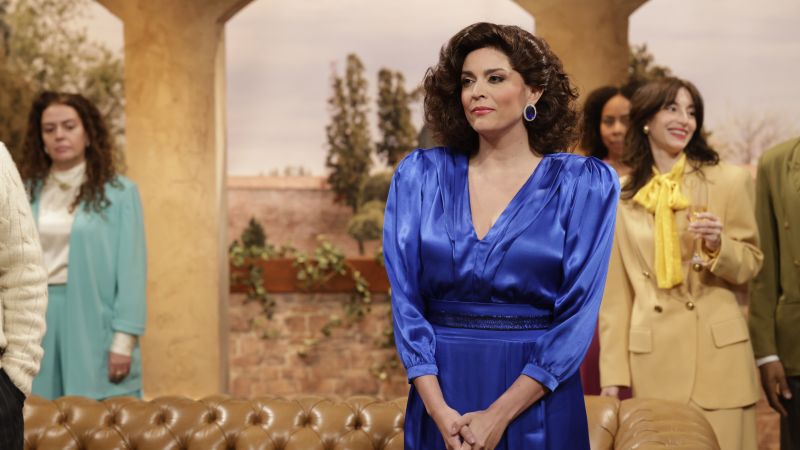 Cecily Strong, who has impersonated figures like Melania Trump and members of the Kardashian-Jenner clan, is set to leave the long-running sketch show following Saturday’s new episode, “SNL” announced on its official social media accounts.

“Tonight we send off one of the best to ever do it. We’ll miss you, Cecily!” the post read.

CNN has reached out to “SNL” for further comment.

Strong joined “Saturday Night Live” in fall 2012 and went on to be a stalwart at the series, which earlier this year said goodbye to high-profile cast members like Kate McKinnon, Aidy Bryant and Pete Davidson.

The move, while a gut-punch to the show’s lineup, comes as no surprise, as Strong has already set the stage for her post-“SNL” pursuits.

She leads the comedy ensemble on Apple TV’s musical parody series “Schmigadoon,” which is executive produced by “SNL” creator Lorne Michaels and is set to return for a second season.

As of Saturday evening before the show’s airing, Strong had made no mention of her exit on social media.

In her time on the series, Strong established many memorable characters, like Girl You Wish You Hadn’t Started A Conversation With At A Party and a British singer named Gemma.

Last year, Strong memorably dressed as character named Goober the Clown, who led a conversation on abortion in light of the controversial Texas law that barred most abortions at the onset of a fetal heartbeat.

During the Weekend Update segment, the actress explained the clown costume was to make the topic a little more palatable for the audience and shared a story of a woman seeking an abortion on the eve of her 23rd birthday.

Talking to “The View,” Strong said she was “surprised and moved by the reaction” the sketch received.

“I had so much anxiety and frustration, and it was like, ‘I’m either gonna write, every night, essays for nobody, or I can finally just put this on the show.’ And luckily … right away, the show was very supportive. I think it was the only thing I’ve ever done where I haven’t had any notes. I don’t think anybody wanted to give us notes.”