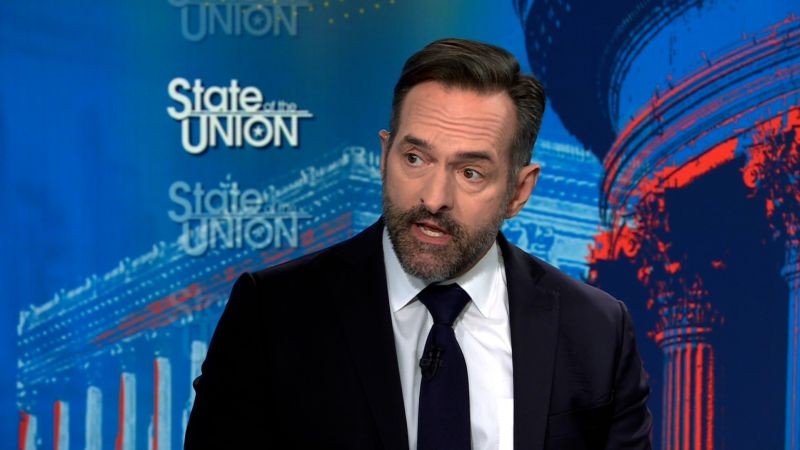 The top US hostage affairs official on Sunday reflected on conducting the prisoner swap that led to Brittney Griner’s release, saying the WNBA star immediately thanked the crew returning her to the United States.

“When she finally got on to the US plane, I said, ‘Brittany, you must have been through a lot over the last 10 months. Here’s your seat. Please feel free to decompress. We’ll give you your space,’” Special Presidential Envoy for Hostage Affairs Roger Carstens told CNN’s Dana Bash on “State of the Union.”

“And she said, ‘Oh no. I’ve been in prison for 10 months now listening to Russian, I want to talk. But first of all, who are these guys?’ And she moved right past me and went to every member on that crew, looked them in the eyes, shook their hands and asked about them and got their names, making a personal connection with them. It was really amazing,” Carstens recalled. “And then later on, on an 18 hour flight, she probably spent 12 hours just talking and we talked about everything under the sun.”

Carstens, who led the mission to the UAE, provided CNN with new details about Griner’s trip home. Griner, who he described as “an intelligent, passionate, compassionate, humble, interesting person, a patriotic person, but above all, authentic,” seemed healthy and full of energy during the trip.

She was given a sense, he said, that she would be going home that day, and it felt real the moment he was able to board the other plane and tell her that “on behalf of the President of the United States, Joe Biden, and Secretary of State Tony Blinken, I’m here to take you home.”

“At that point, we have to go through a little more of the choreography to get her on the plane, it usually takes about three minutes,” Carstens said.

While he said Griner talked about her ordeal during the trip, he declined to elaborate on the details.

“It is humbling. I’m very grateful that President (Joe) Biden allows me the chance to do this job. It’s also a painful job. So when you get the chance to shake someone’s hand, it’s one of the rare moments that you get to celebrate a victory,” Carstens told Bash.

“But know this, even as we are welcoming someone home, we still have work to do. So as I am shaking Brittney’s hands and we are going to the aircraft and having this great conversation, my brain is already thinking about Paul Whelan. What can we do to get him back? What’s the next move? What is the strategy? How can we adapt?”

The envoy said he spoke with Whelan, an American who remains detained in Russia, the day after the swap, and reiterated the Biden administration’s commitment to bringing him home.

“I said, ‘Paul, you have the commitment of this President. The President’s focused, the secretary of state’s focused. I’m certainly focused, and we’re gonna bring you home. And I reminded him, I said, ‘Paul, when you were in the Marines, and I was in the Army, they always reminded you to keep the faith’ and I said, ‘Keep the faith. We’re coming to get you,’” Carstens recounted.

He said he told Whelan that “this was a case where it was either one or none.”

“We weren’t able to get you out of this go round. We could not get the deal with the Russians. But had we not made the deal, then Brittany would not have come home. There was no opportunity to bring you home at this time,” he told Whelan of the negotiations that led to Griner’s release.

The call between Carstens and Whelan on Friday lasted for 30 minutes, a US official told CNN.

Carstens did not give additional details about the negotiation efforts to bring Whelan home, but said that “the options are always being evaluated.”

“We have to adapt to the times,” he said. “But here’s the thing I would like to leave you with, you know, we have an ongoing, open dialogue with the Russians. And we have the commitment of this President and my office, certainly, to bring Paul Whelan home.”