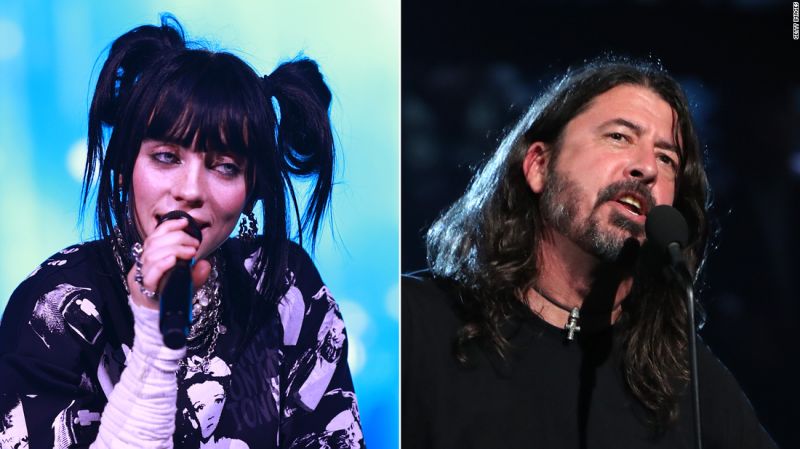 Eilish was performing at Kia Forum arena when she invited Grohl on stage. Grohl recalled the 2022 Grammys, where Eilish performed on stage in a Hawkins shirt, just weeks after the long-time Foo Fighters drummer died unexpectedly at age 50.

“Earlier this year, all of the Foo Fighters and our families gathered together at my house to watch the Grammys, and when Billie came out for her performance in the Taylor Hawkins t-shirt, the room was filled with real tears of love and gratitude,” Grohl said. “From our families who are here tonight, the Hawkins family, and everyone, I’d like to thank you very much today.”

The pair performed a duet of “My Hero,” a song from the 1998 Foo Fighters album “The Colour and the Shape.”

Hawkins died in March in Bogotá, Colombia, just hours before the Foo Fighters were set to perform at a music festival. His unexpected death triggered an outpouring of tributes from musicians and fans across the globe.

Grohl wasn’t the only special guest at the Thursday concert. Eilish also brought out indie singer-songwriter Phoebe Bridgers, who performed “Motion Sickness.” And on Friday night, Khalid and Childish Gambino joined her on stage.