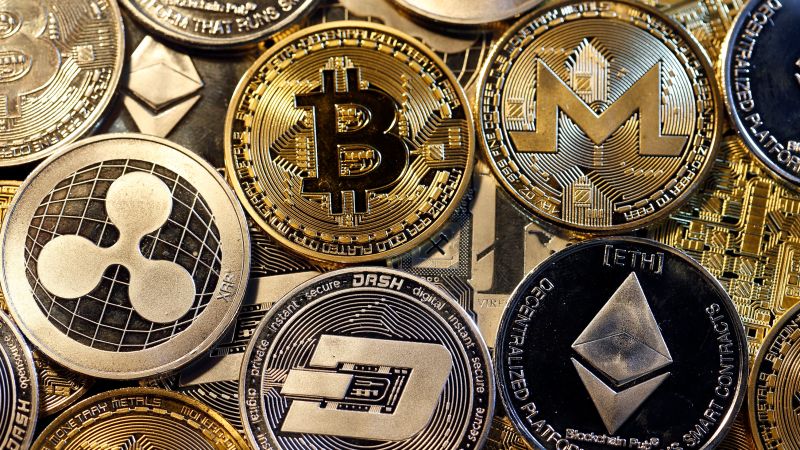 The FBI says America has a “pig butchering” problem. And it’s costing victims millions of dollars.

“We’re not talking about what’s going on at farms,” said Frank Fisher, public affairs specialist at the bureau’s Albuquerque division. “We’re talking about a cryptocurrency investment scam that is sweeping the country.”

The term pig butchering refers to an unsuspecting victim — the “pig” — being tricked by scammers into forking over money for a promised high rate of return.

Scammers “fatten up the pig by getting the victim to think that they’re investing in something and get them to move money into cryptocurrency,” says Santa Clara County, California, district attorney Jeff Rosen, whose office manages a multi-agency task force combating technology-related crimes.

Once criminals “fatten up” their victims’ digital wallets, they steal the money, Rosen says.

Pig butchering operations typically begin with a rudimentary approach, Rosen tells CNN: Scammers blast out millions of unsolicited messages each day to unsuspecting victims via text message and social media, often with an innocuous note like, “Hi, how are you?”

The scammer operating under a false identity builds a relationship with the victim, sometimes over just a few weeks, before suggesting the victim “invest” in cryptocurrency.

One technique involves assuring a victim that the scammer has made significant profits in cryptocurrency, persuading the victim they shouldn’t miss out on the benefits of cryptocurrency investments.

Those who fall for the scam are coaxed into sending more and more money, and even provided with fictitious financial statements that make it appear their investments have made a substantial return.

“This is where the ‘fattening up of the pig’ comes in,” Rosen says. Eventually, “you become a little suspicious. You try contacting the person that contacted you online and ask for your money back. [But] that person has ghosted you.”

Rosen says the holiday season is an especially lucrative time for scammers as they often prey on people who may be feeling lonely.

And while the initial approach is uncomplicated, Rosen says the actual scamming operations his team has investigated — which typically operate overseas including in Cambodia and China — involve highly sophisticated methods.

“They’ve been trained by psychologists to try to figure out the best way to manipulate people,” he says. “You’re dealing with people that are going to use different psychological techniques to make you vulnerable and to get you interested in parting with your money.”

Experts say basic awareness and diligence are key to guarding against online predators.

“Be very careful when you go on social media and dating apps and somebody starts developing a relationship with you, and wants you to start investing,” says the FBI’s Fisher. “Don’t get butchered.”

As shoppers spend billions online this holiday season, the FBI says it has also seen a rise in scams involving the mega-retailer Amazon. “Online criminals’ scams are only limited by their imagination, and they have an impeccable sense of timing,” says Fisher.

In one type of scam, “somebody calls you and purports to be from Amazon or another wholesaler distributor, and they say there’s a problem with your credit card,” Fisher adds. The scammer then asks for a new credit card number.

Another variation of the Amazon scam involves a criminal calling a potential victim and indicating a suspicious purchase has been flagged on the user’s account, which has resulted in the suspension of purchasing privileges. The victim is asked to make a payment via credit card right then to reinstate the account.

“Sometimes, they’ll even threaten to report you to law enforcement regarding your purchase,” Fisher says. “Another dead ringer. Do not fall for this scam.”

Amazon’s security team advises consumers that the company will never ask a customer for personal information, and users should not respond to emails requesting account data or personally identifiable details.

The company said in a statement that it has worked to remove thousands of online phishing websites and phone numbers associated with impersonation scams, and has referred suspected scammers to law enforcement agencies worldwide.

“Scammers who attempt to impersonate Amazon put consumers at risk,” said Dharmesh Mehta, Amazon’s vice president of Selling Partner Services. “Although these scams take place outside our store, we will continue to invest in protecting consumers and educating the public on how to avoid scams.”

The FBI says other types of scams on the rise this holiday season are largely aimed at defrauding senior citizens. “Scammers tend to focus on the elderly because they know they’re trusting, and they know older Americans usually have more money,” says Fisher.

In so-called sweepstakes scams, victims are contacted and congratulated for winning a sweepstakes prize, but they are told that they must first send money to cover taxes and processing fees that can be exorbitant.

Legitimate “sweepstakes will not do that,” says Fisher. “They will not make you pay in advance to collect your money.”

The FBI suggests people check in with elderly relatives and friends about their online habits and whether they may have been targeted by cyber criminals.

“If somebody has approached them and wants to be their friend and develop a relationship,” Fisher says, “ask questions.”