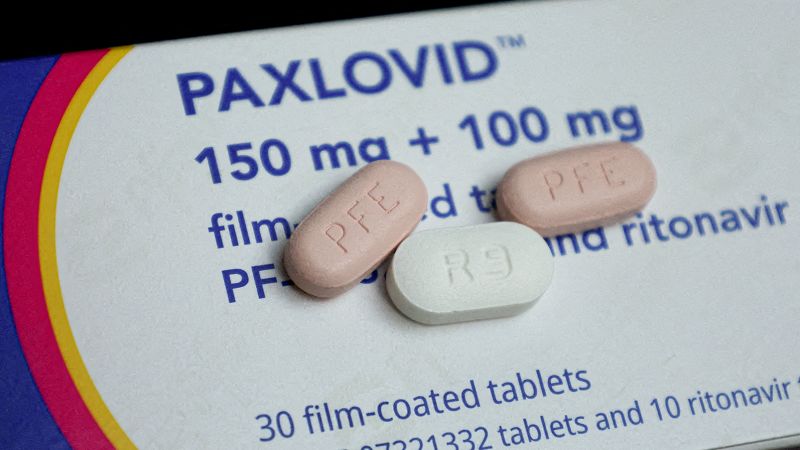 The report comes as the city grapples with an unprecedented wave of infections that has severely strained its hospitals and emptied pharmacy shelves.

The state-run China News Service reported Monday that after receiving training, community doctors will administer the medicine to Covid-19 patients and give instructions on how to use them.

“We have received the notice from officials, but it is not clear when the drugs will arrive,” it cited a worker at a local community health center in Beijing’s Xicheng district as saying.

Paxlovid remains the only foreign medicine to treat Covid that has been approved by China’s regulator for nationwide use, but access is extremely difficult to come by. When a Chinese healthcare platform offered the antiviral drug earlier this month, it sold out within hours.

Azvudine, an oral medicine developed by China’s Genuine Biotech, has also been approved.

The sudden lifting of restrictions sparked panic buying of fever and cold medicines, leading to widespread shortages, both at pharmacies and on online shopping platforms. Long lines have become routine outside fever clinics and hospital wards overflowing with patients in the capital Beijing and elsewhere in the country.

An emergency room doctor in Beijing told the state-run People’s Daily on Thursday that four doctors on his shift did not have time to eat or drink. “We have been seeing patients nonstop,” he said.

Another emergency room doctor told the newspaper he had been working despite having developed fever symptoms. “The number of patients is high, and with fewer medical staff, the pressure is multiplied,” said the doctor.

In a sign of the strain on Beijing’s medical system, hundreds of health professionals from across China have traveled to the city to assist medical centers.

As the capital, Beijing has some of the best medical resources in the country. However, the abrupt zero-Covid u-turn has left people and health facilities ill-prepared to deal with a surge in infections.

China’s official Covid case count has become meaningless after it rolled back mass testing and allowed residents to use antigen tests and isolate at home. It has stopped reporting asymptomatic cases, conceding it was no longer possible to track the actual number of infections.

According to an internal estimate from the National Health Commission, almost 250 million people in China have caught Covid in the first 20 days of December – accounting for roughly 18% of the country’s population.

Experts have warned that as people in big cities return to their hometowns for the Lunar New Year next month, the virus could sweep through China’s vast rural areas, where vaccination rates are lower and medical resources are severely lacking.