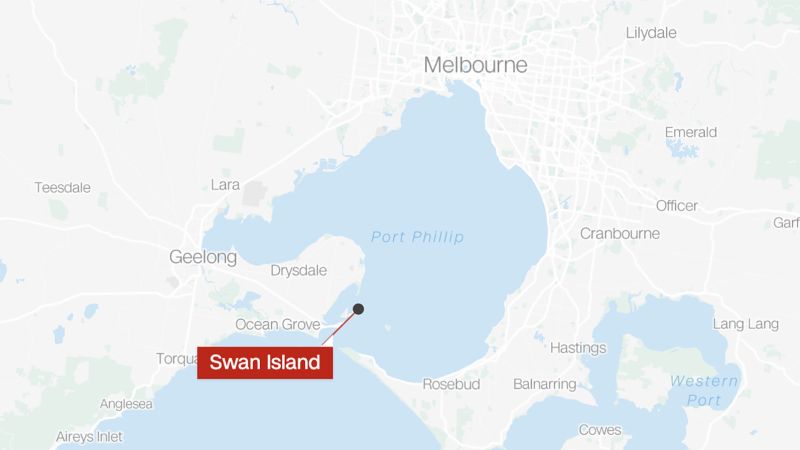 Four teenagers were “miraculously” found alive on an island in southwestern Australia Tuesday after drifting overnight in choppy waters for about 30 kilometers (19 miles), authorities said.

In a Twitter post, Victoria Police said the group set off Monday on two stand-up paddle boards from the town of Rosebud before getting caught in strong winds that pushed them out into Port Philip bay.

Unable to fight the gusts, they floated with the tide and arrived at Swan Island, a military training base on the opposite side of the bay, at around 2 a.m., police said.

“Cold and disorientated, the four found shelter in a hut. Once the sun rose, they wandered the island & were located by security,” police said. They were then taken to hospital, police added.

Two 18-year-old men and two women, ages 18 and 19, were rescued, according to CNN affiliate Nine News.

Victoria Police Acting Superintendent Terence Rowlands said the group were found “safe and well” by a local resident doing their regular morning beach walk, Nine News reported. He called it an “absolutely fantastic outcome,” adding police had serious concerns about the safety of the group.

Police had launched an emergency search overnight, patrolling the area in helicopters and boats.

Jack Shi, the father of one of the teens, told reporters he was “very happy” and “relieved” they had been found.

“Our kids have (been) found and we are very very happy about that,” he said. “It’s a huge huge relief, we were very… desperate.”