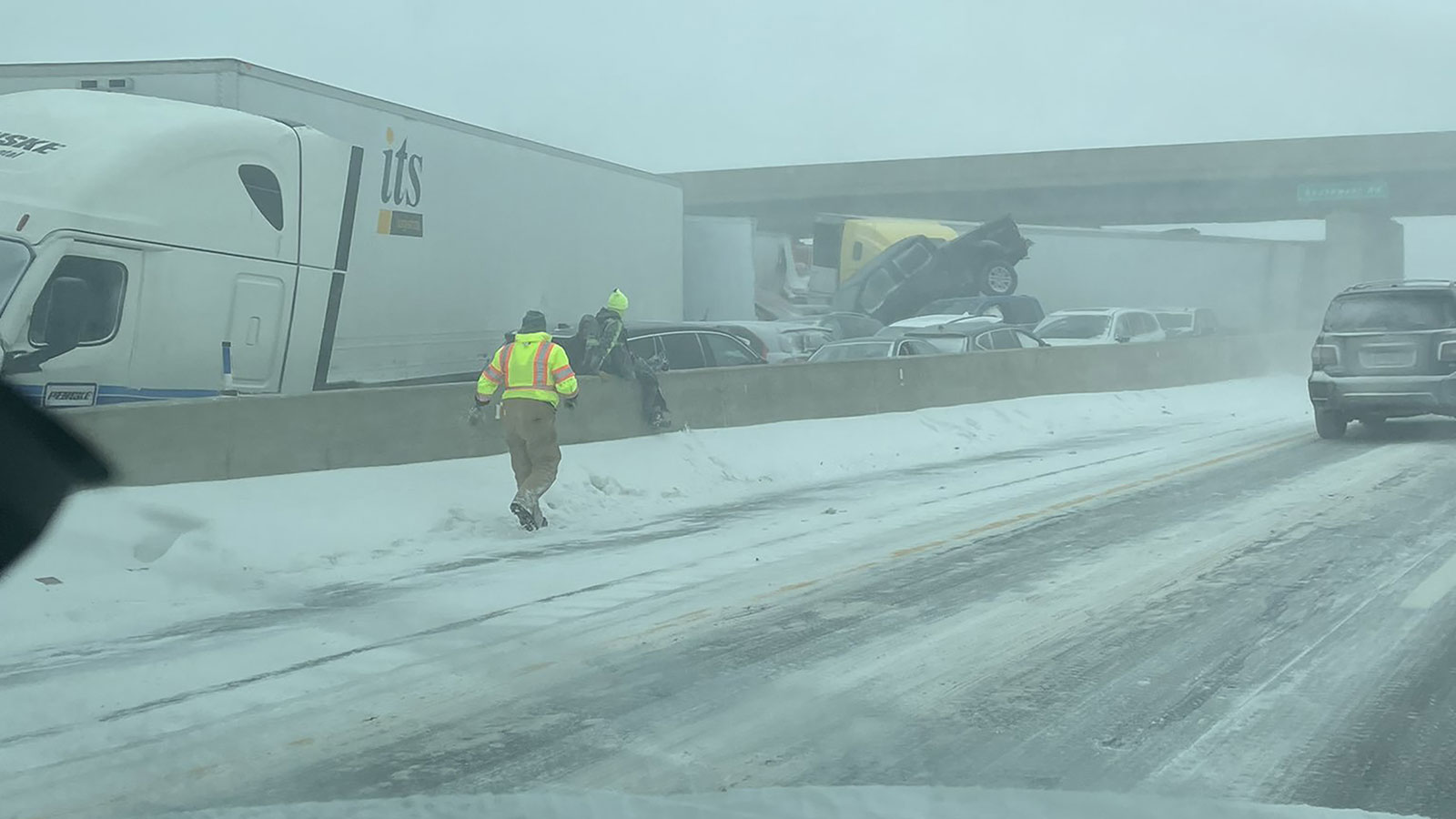 “I called it a kitchen sink storm because it is throwing everything at us but the kitchen sink,” Hochul said at a press conference Friday afternoon. “We’ve had ice, flooding, snow, freezing temperatures and everything that mother nature could wallop at us this weekend.”

High winds and rain have already been reported across the state, and now officials are bracing for heavy snow and record-setting wind speeds, the state’s transportation commissioner said at the press conference.

“If you do lose power, it is going to be dangerously cold,” said Jackie Bray, the state’s homeland security and emergency services commissioner. Bray told residents dealing with outages to seek out warming shelters provided by some counties.

“Please don’t assume that you can weather this cold overnight without heat,” she said. “You may not be able to.”

Impacts by region: “We are seeing incredibly dangerous, hazardous, life-threatening high winds, blinding snowstorms, in real-time hitting Western New York,” Hochul said, explaining that the region has been hit by both the national storm and a lake-effect storm.

She said winds around the Buffalo Skyway have neared 80 mph — higher than those in the blizzard of 1977.

Parts of Long Island and New York City have seen coastal flooding of up to 3 feet, which is starting to abate, although more rain is expected in the area, Hochul said.

Bray said the main hazard in the city will be the low temperatures, windy conditions, and ice, with a flash freeze expected later today.

Transportation impacts: A flash freeze has already hit the western part of the state and is expected to impact eastern areas, too, prompting widespread travel restrictions, Hochul said.

“The roads are going to be like an ice skating rink, and your tires cannot handle this,” she said.

Hochul said in some areas, like Erie County, the commercial vehicle driving ban has been expanded to all roads, and certain roads have hard closures.

“We really want everyone to stay off the roads,” Bray said. “The roads are going to be icy statewide. That’s going to be through tomorrow, at least, before any of that abates.”

Some roads and rail lines that closed Friday due to flooding have reopened as water recedes, the officials said. Bray urged travelers to take public transportation instead of driving, saying the weather shouldn’t disrupt those transit options any further.

Hochul said she does not anticipate closures to New York City airports, although high winds could potentially change that.