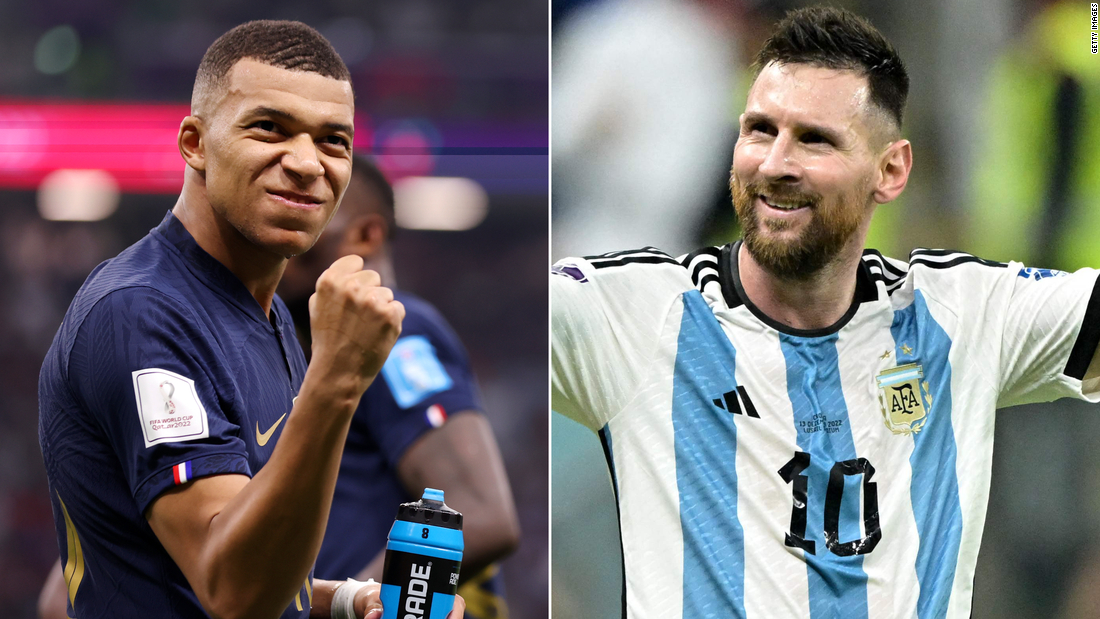 The crowd packed into Lusail Stadium was dominated by Argentina fans Sunday, plus plenty of otherwise neutral supporters who threw their weight behind La Albiceleste in hopes of seeing soccer great Lionel Messi finally hoist the World Cup trophy.

They were not disappointed.

Sunday’s match in Qatar ended in glory for Messi, and played out as a fitting culmination of his extraordinary career.

Messi opened the scoring with a first-half penalty kick, making history as the first player to ever score in every stage of the tournament.

He scored again in the second period of extra time, buoying a shocked Argentina side that was still reeling from France’s lightning-fast comeback.

And when all the pressure was on the 35-year-old during a penalty shootout, the exhausted veteran coolly deposited the ball into the back of the net.

Not long after, Argentina’s talisman was celebrating with his teammates, and holding aloft a World Cup trophy that alluded him throughout a storied career.

The sublime finals performance moved Messi into the position of favorite for the Golden Ball award, which is given to the tournament’s best player.

It’s hard to imagine a better way to cap the World Cup career of a man many consider the greatest of all time.