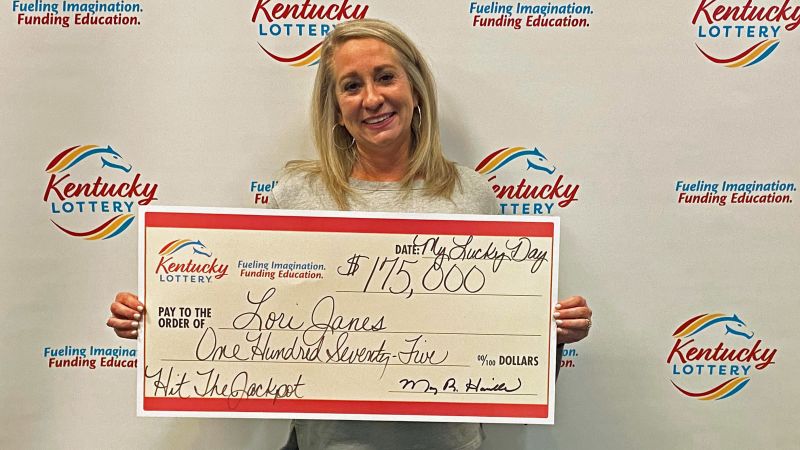 A Kentucky woman brought home the best present at her office gift exchange.

Lori Janes, from Louisville, won $175,000 after receiving a lottery ticket at her office holiday party, according to a news release from the Kentucky Lottery.

Janes, an officer manager and treatment coordinator at Harmon Dental Center, participated in a “white elephant” gift exchange at her office on December 13. All gifts had to have a value of $25 or less.

Another participant “stole” a $25 TJ Maxx gift card Janes had received. The office manager, a frequent TJ Maxx shopper, was disappointed, according to the release. But per the rules of the gift exchange, she had to choose another gift – and she chose a coworker’s $25 in scratch-off tickets.

“Once it got to me, it was done and mine to keep,” Janes said in the release. “That’s when everyone was telling me to scratch them off.”

The office was shocked at her win, according to the release.

“Everyone was going insane. People were getting their calculators out and double checking,” said Janes in the release. “A couple of people even scanned the ticket on the lottery’s app, just to make sure.”

Her husband and kids also reacted with disbelief at first. “We figured she didn’t look at it right, but then we heard people in the background celebrating, it became real,” Janes’ husband told lottery officials, according to the release.

On the same day, Janes picked up her unexpected holiday prize, which came out to $124,250 after taxes.

“This is so crazy,” she said, according to the release. “I’m truly blessed.”

Janes plans to use the winnings to pay off her daughter’s student loans as well as their cars.

And Janes isn’t the only winner: the convenience store where the tickets were sold will also receive a $1,750 bonus.