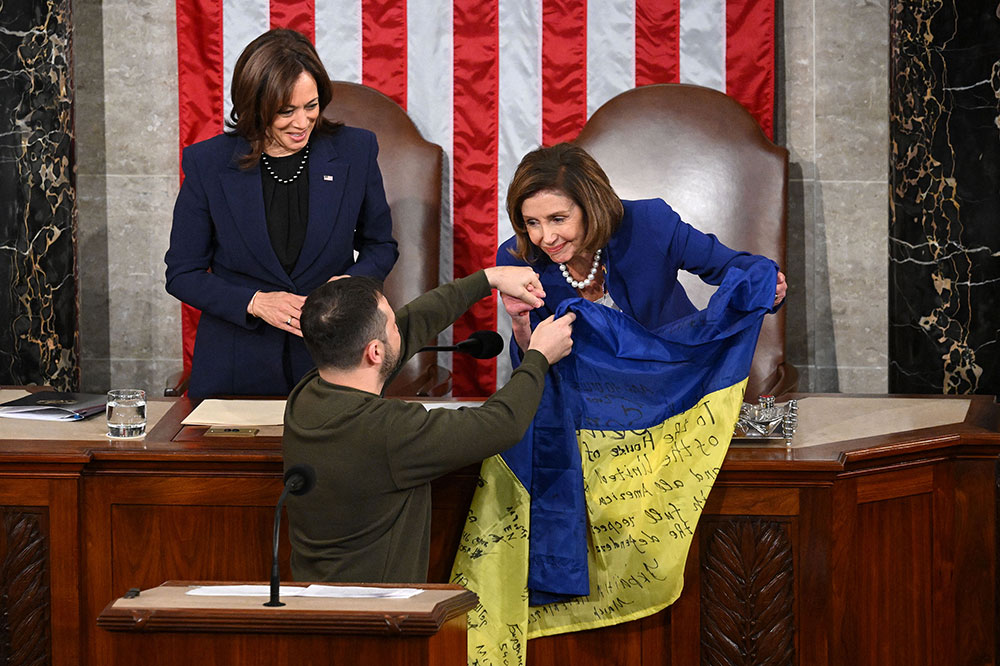 More than 300 days into the war, soldiers in Ukraine are defending their country, but they need more weapons to win on the battlefield, President Volodymyr Zelensky told Congress.

“Here, the front line, the tyranny — which has no lack of cruelty against the lives of free people — and your support is crucial not just to stand in such fight but to get to the turning point to win on the battlefield,” he said.

“We have artillery, yes, thank you. Is it enough? Honestly, not really.”

Zelensky said Ukraine is fighting for its “independence and freedom” but called for the United States’ continued support to achieve those goals.

“Your money is not charity. It is an investment in the global security and democracy that we handle in the most responsible way,” Zelensky said.

Ukraine’s president tried to make the case that although aid benefits Ukraine — it is also in the interest of the United States and other Western allies.

“Iranian deadly drones sent to Russia in hundreds and hundreds became a threat to our critical infrastructure. That is how one terrorist has found the other. It is just a matter of time when they will strike against your other allies if we do not stop them now. We must do it,” he said.

“Ukraine holds its lines and will never surrender,” Zelensky added.