There are a lot of health advantages associated with a diet that is low in carbohydrates. A high fat and low carbohydrate diet is called a ‘ketogenic diet’. According to studies, a ketogenic or keto diet can help in weight loss as well as overall health improvement. This kind of diet can also aid in preventing diabetes, cancer, epilepsy, and Alzheimer’s disease. A ketogenic diet allows consumption of fewer calories via carbohydrates and more via proteins and healthy fats.

Carbohydrates, such as sugar, soda, pastries, and white bread aren’t easy to digest and can throw off the body’s insulin levels, so it should be reduced in a daily diet. The science behind ketogenic diet is that it helps in reducing carb intake by replacing it with good fats. When carbs are reduced, the body goes into a metabolic state called ketosis. Due to reduction in carbs, the human body becomes exceptionally efficient at fat burning for energy. A ketogenic diet turns fat into ketones in the liver, and this process helps in supplying energy to the brain.

Also read: What You Can & Cannot Eat While On Keto Diet 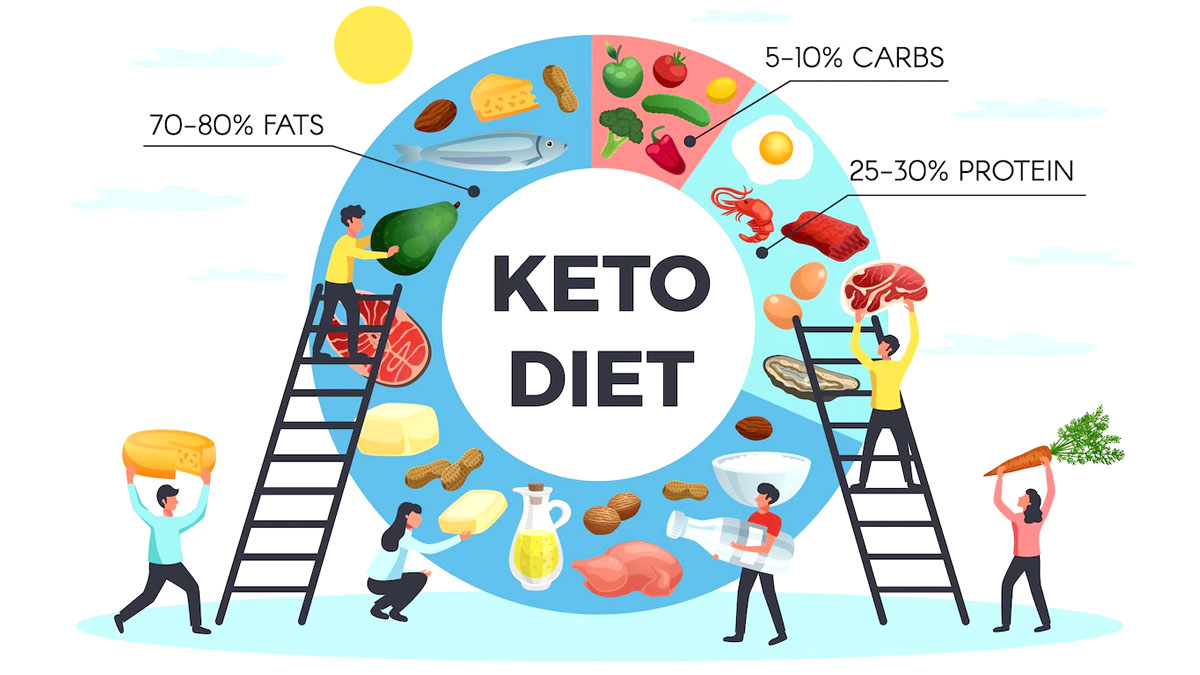 Food to eat in order to follow a Ketogenic diet?

It may be a challenge to follow a keto diet but it allows people following it to eat many nutritious foods. Some sea foods like fish and shellfish are very keto-friendly. Salmon is not only nearly carb-free but also rich in vitamin B, potassium, and selenium. Fresh meat and poultry are considered staple foods on keto diet, as they contain no carbs and are also a great source of high quality protein, which may help to preserve overall muscle mass during a low carb diet.

Eggs are a great source of healthy protein, and ideal for a keto diet. Eggs contain less than 1 gram of carbs and about 6 grams of protein. Eating whole eggs is also important rather than egg whites since most of an egg’s nutrients are found in the yolk. Egg yolk contains antioxidants lutein and zeaxanthin, which protect eye health.

Ketogenic diet should be followed with care

Keto diet can be hard on the kidneys. Going back to normal after following a ketogenic diet can be tricky as well. If a person is obese because of other health issues, they are likely to have diabetes or high blood pressure. It is advisable to make slow changes in diet and follow a doctor’s guidance.