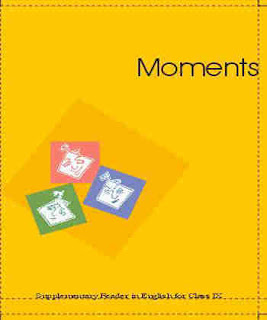 Question 2.In the fair, he wants many things. What are they? Why does he move on without waiting for an answer?Answer:The child wants many things in the fair. He wants to have toys, different sweets, garland, balloons of different colours and has a keen desire to enjoy the roundabout. He moves on without waiting for an answer because whenever he stops to see things, his parents gave him a cautionary call, “Come, child, come!”

Question 3.When does he realise that he has lost his way? How have his anxiety and insecurity been described?Answer:The child sees a roundabout in the fair and gets attracted to it. He wants to have a ride on it. He asks his parents for permission to enjoy it. Having no response on the part of his parents he realises that he has lost his way. He starts crying bitterly at once and runs here and there in search of them.

Question 1.How to ensure not to get lost.Answer:It is very common that children to get lost in fairs and crowds. Hardly a day passes when no child gets lost. It is the duty of both the parents and the children to ensure not to get lost. The parents need to be vigilant and more careful at crowded places. Before entering a crowded place the parents should fix a point where the child should wait in case of getting lost. They should make the child memorize the home address and telephone numbers. They should put or pin up a note on the pocket of the child with full details. They should attend to the need of the child and never leave him behind, in case he happens to stand at some shop.

On the other hand, the child should hold the hands of his parents in a crowded place. He should keep an eye on his parents so as not to lose sight of them. In case of any emergency, the help of police, help centers and media can be taken.