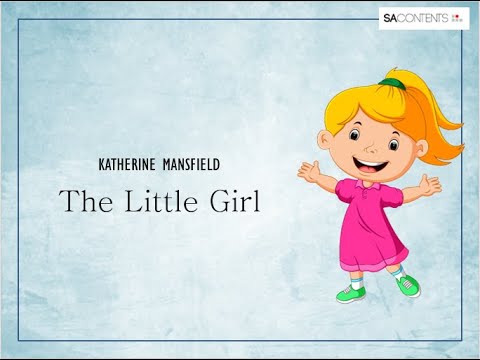 (i) father comes into her room to
give her a goodbye kiss
(ii) noise of the carriage grows
fainter
(iii) father comes home
(iv) speaking to father
(v) going to bed when alone at
home
(vi) father comforts her and
falls asleep
(vii) father stretched out on the
sofa, snoring

II. Answer the following questions in one or two sentences:

Question 1.Why was Kezia afraid of her father?

Answer:Kezia was afraid of her father because he used to talk to her harshly. He was in a habit of finding out her mistakes.

Question 2.Who were the people in Kezia’s family?

Answer:Kezia’s family had her grandmother, mother and father.

Question 3.What was Kezia’s father’s routine?

Question 4.In what ways did Kezia’s grandmother encourage her to get to know her father better?

Answer:Kezia’s grandmother sent her to her father’s room to have a nice talk with him. Besides, she asked her to make a gift of a pin-cushion on her father’s birthday.

III. Discuss these questions in class with your teacher and then write down your answers in two or three paragraphs each.

Question 1.Kezia’s efforts to please her father resulted in displeasing him very much. How did this happen?

Answer:Kezia used to be afraid of her father because her father talked to her harshly. One day her grandmother told her to make a pin-cushion to gift him on his birthday which was approaching. Kezia took it an opportunity to please him. So, she stitched cotton cloth three sides and looked for the things that could be stuffed into the stitched cloth. Soon she found out many sheets of paper. Actually they contained her father’s speech for the Port Authority. She tore them into pieces and stuffed her case.

One day when her father looked for the papers, he did not find them. After some time, he came to know that Kezia had tom them into pieces to make a pin-cushion. He got infuriated and beat her with a ruler. Thus, her efforts to please her father resulted in displeasing him very much.

Question 2.Kezia decides that there are “different kinds of fathers”. What kind of father was Mr Macdonald, and how was he different from Kezia’s father?

Answer:In Kezia’s opinion, her father was very harsh. He did not talk to her affectionately but rather he used to speak to her stringently. So she avoided him. She did not want to be in front of him because she was afraid of him. Moreover, her father never spent time with her.

Macdonald family lived next door to her house. One evening she saw him playing tag with his children. A baby was on his shoulders and two little girls were hanging on to his coat pockets. They were laughing. Also, she saw some boys turn the hose on Macdonald and he tried to catch them laughing all the time. She found them feel friendly with their father. So, she wished if her father were like them.

Question 3.How does Kezia begin to see her father as a human being who needs her sympathy?

Answer:One night Kezia had a nightmare which made her too terrified. She was crying out of fear. When she woke up, she found her father beside her bed with a candle in his hand. He asked her what the matter was. When he came to know about her nightmare, he blew out the candle, bent down and caught up the child in his arms. He carried her to the big bedroom. He laid her on the bed and pulled the covers up around her. Apart from this, he lay down beside her.

After some time, still half asleep, she crept close to him, snuggled her head under his arm and held tightly to his shirt. Now she felt comfortable.

Her father told her to rub her feet against his legs and get them warm.

I. Look at the following sentence.

Here, glad means happy about something. Glad, happy, pleased, delighted, thrilled and overjoyed are synonyms (words or expressions that have the same or nearly the same meaning.) However, they express happiness in certain ways.

Read the sentences below:

Question 1.Use an appropriate word from the synonyms given above in the following sentences. Clues are given in brackets.

Question 2.Study the use of the word big in the following sentence:He was so big—his hands and hisneck, especially his mouth…Here, big means large in size.

Now, consult a dictionary and find out the meaning of big in the following sentences. The first one has been done for you.

Question 1.Underline the verbs of reporting in the following sentences.

Question 2.Some verbs of reporting are given in the box. Choose the appropriate verbs and fill in the blanks in the following sentences: