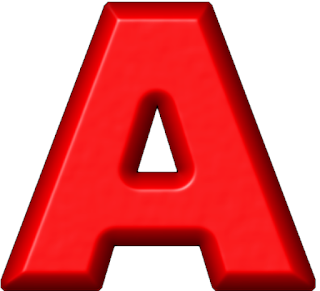 Thinking about the Text

I. Answer these questions in a few words or a couple of sentences each.

Question 1.How old was Evelyn when she went to the Royal Academy of Music?

Answer:Evelyn was not even seventeen when she went to the Royal Academy of Music.

When was her deafness first noticed? When was it confirmed?

Answer:Her deafness was noticed when she was eight-year-old. It was confirmed by the time she was eleven.

II. Answer each of these questions in a short paragraph (30-40 words).

Question 1.Who helped her to continue with music? What did he do and say?

Answer:Ron Forbes helped her to continue with music. He spotted her potential and said, “Don’t listen through your ears, try to sense it some other way.” He began by tuning two large drums to different notes.

Question 2.Name the various places and causes for which Evelvn nerforms.Answer:Evelyn performed free concerts in prisons and hospitals. She made music her life and performed many regular concerts.

How does Evelyn hear music?Answer:

Evelyn became deaf by the time she was eleven. But she did not give up. She was determined to lead a normal life and pursue her interest in music. Ron Forbes, a percussionist spotted her potential. He asked her not to listen through ears but try to sense it some other way. She realized she could feel the higher drum from the waist up and the lower one from the waist down. Forbes repeated the exercise and soon Evelyn discovered that she could sense certain notes in different parts of her body. She learnt to open her body and mind to sounds and vibrations. She herself explained, “It pours in through every part of my body. It tingles in the skin, my cheekbones and even in my hair.” When she played on the xylophone, she could sense the sound passing up the stick into her fingertips. By leaning against the drums, she could feel the resonances flowing into her body. On the wooden floor she used to remove her shoes so that the vibrations may pass through her bare feet and up her legs.

Question 2.Find the words in the text which show Ustad Bismillah Khan’s feelings about the items listed below. Then mark a tick (✓) in the correct column. Discuss your answers in class.

Answer these questions in 30-40 words.

Why did Aurangzeb ban the playing of the pungi?

Aurangzeb banned the playing of the pungi because it had a shrill and unpleasant sound.

How is a shehnai different from a pungi?

Shehnai is a pipe with a natural hollow that is longer and broader than a pungi. It has seven holes on the body of the pipe.

Where was the shehnai played traditionally? How did Bismillah Khan change this?

Answer:The shehnai was played traditionally in the temple at the royal courts and on the occasion of weddings. The credit must go to Bismillah Khan to take this instrument onto the classical stage.

When and how did Bismillah Khan get his big break?

Bismillah Khan got his big break with the opening of the All India Radio in Lucknow in 1938.

Where did Bismillah Khan play the shehnai on 15 August 1947? Why was the event historic?

Bismillah Khan played the shehnai on 15 August 1947 at the Red Fort. He was the first Indian to greet the nation with his musical instrument. This event was historic because We got independence on that day. He poured his heart out in the presence of a large number of people including Pt. Jawahar Lai Nehru.

Why did Bismillah Khan refuse to start a shehnai school in the U.S.A.?

He refused to start a shehnai school in the USA because he never wanted to leave India. He loved India so much and he did not want to settle anywhere except India. That is why whenever he was in a foreign country, he kept yearning to see Hindustan.

Find at least two instances in the text which tell you that Bismillah Khan loves India and Benaras.

Bismillah Khan loves India and Banaras The sound of Music 197 from the bottom of his heart. He says that he misses the holy Ganga and India when he goes abroad. While in Mumbai, he thinks of only Benaras and the holy river. And when he is in Benaras, he remembers the unique mattha of Dumraon.