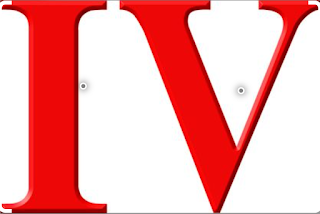 Question 1:How did ‘pungi’ transform into a Shehnai?(SA-1,2014-15)Answer:‘Pungi’ a musical instrument was banned because of its shrill and unpleasant sound. But a nai modified and perfected it and played it for the first time in Shah’s chamber, thus it came to be known as ‘Shehnai’.

Question 2:Who had brought shehnai to the classical Stage? What was he honoured with?(Board Term 1, Sept 2013, K2G41GH)Answer:Shehnai was brought to the classical stage by Ustad Bismillah Khan. He started picking up the finger nuances of Shehnai under the guidance of his maternal uncle Ali Bux. He had been honoured with Padma Bhushan, Padmashree, and Padma Vibhushan.

Answer:Bismillah Khan refused to start a Shehnai school in the U.S.A. because he was a true patriot and loved India a lot especially the banks of the river Ganga.

Question 9:How did “Pungi” get its new name? What was it? (Board Term 1,2012, ELI-031)Answer:Pungi was modified and perfected by a barber which was very much appreciated by the emperor.Since, it was played for the first time in Shah’s chamber by a Nai, it came to be known as ‘Shehnai.’

Question 10:What place did Shehnai have in the past? What place has it now? (Board Term 1,2012, ELI-035)Answer:In the past, the Shehnai was a part of the traditional ensemble of nine instruments found at royal courts. Then, it was used in temples and weddings but now it is used also in classical concerts.

Question 11:When and how did Bismillah Khan get the break? (Board Term 1,2012, ELI-036)Answer:Bismillah Khan, at the age of 14, accompanied his uncle to Allahabad Music Conference where Ustad Fayaz Khan patted his shoulder. He got encouraged and worked hard and got a big break from the All India Radio in 1938.

Question 12:Where did Bismillah Khan play the Shehnai on 15th Aug 1947? Why was the event historic?(Board Term 1,2012, ELI-037)Answer:Bismillah Khan was the first Indian to greet the nation with Shehnai and played ‘Raag Kafi’ from the Red Fort. The event was historic because the audience included Pandit Jawaharlal Nehru, who gave the famous speech – Tryst with Destiny…

Question 1:“There is always a teacher to bring out the latent potential of a pupil/’ Justify with reference to the role played by Ron Forbes and Ustad Faiyaz Khan in the lives of Evelyn Glennie and Bismillah Khan. (100 words) (Board Term 1,2013,K2G41GGH)

Answer:Teachers craft us to become better individuals both personally and professionally. Ron Forbes understood Evelyn’s passion for music. He taught Evelyn the nuances of hearing music not through her ears but through her body. He taught her to feel the vibrations in her hands and parts of her legs to get the pitch. So, he crafted her to be more musical and confident.Bismillah Khan’s teacher and mentor was his maternal uncle Ali Bux. Bismillah used to be transfixed when Ali Bux used to play Shehnai. As a child, Bismillah used to accompany his material uncle to Vishnu Temple of Benares where Ali Bux was employed to play Shehnai. Bismillah picked up the finer nuances of Shehnai and practiced for hours on the banks of river Ganga. He attained perfection only because of his uncle and mentor.

Question 2:Give a brief character sketch of Ustad Bismillah Khan. (Board Term 1,2012, ELI-040)Answer:Ustad Bismillah Khan was a Shehnai master of great national and international fame. He was a great musician. Ali Bux, his maternal uncle perfected him in music. Shehnai was brought to the classical stage by Ustad Bismillah Khan. He practiced for hours and worked very hard to attain perfection. It was his melodious music that made him the first Indian to greet tire independent India. Ustad Bismillah Khan created many new rags. He was given many awards and he even received the “Bharat Ratna”. He was a true patriot who declined many offers to settle abroad. He was a true artist but a simple man. He had great regard for Hindustani Classical Music.

Question 3:How did the young Bismillah develop his interest in Shehnai? (Board Term 1,2012, ELI-044)Answer:Bismillah was fascinated watching his uncle practice the Shehnai when he was only three. He was deeply fascinated by the music of Shehnai. Soon Bismillah started accompanying his uncle Ali Bux, to the Vishnu Temple of Benares where Bux was employed to play Shehnai. Bismillah picked up the finer nuances of Shehnai and practiced for hours on the banks of river Ganga. The themes of his music are deeply affected by the sounds of flowing water of the Ganga. At the age of 14, Bismillah accompanied his uncle to Allahabad music conference where Ustad Fayaz Khan patted his shoulder which inspired and encouraged him to work harder.

Question 4:How was Bismillah Khan’s music recognized internationally? (Board Term 1,2012, ELI-050)Answer:Bismillah Khan was not only renowned in India iMt also internationally. He promoted Shehnai to international levels of participating in the world exposition, Cannes Art Festival, and Osaka Trade Fair. He became the first Indian to be invited to perform at the prestigious Lincoln Central Hall in the United States of America. So well known did he become internationally that an auditorium in Tehran was named after him, “Tahar Mosiquee Ustaad Bismillah Khan.”

Why did Bismillah Khan refuse to start a Shehnai school in the U.S.A.?

Answer:Bismillah Khan was exceedingly fond of Benares and Dumraon. They were the most wonderful towns in the world for him. The students promised to recreate the atmosphere of Benares, but he asked if they would be able to transport River Ganga as well. Whenever, he was in a foreign country he yearned for Hindustan. In Mumbai also he thought of only Benares and the holy Ganga. Thus, he refused to start a Shehnai School in the U.S.A.