WHAT IS THE LIVING BEING MADE UP OF ? 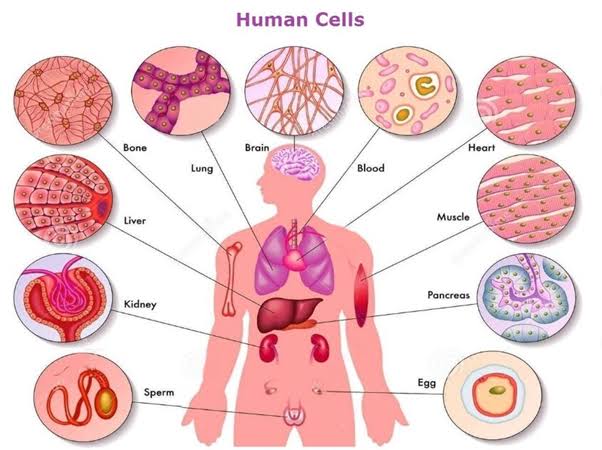 The cell has same Central position in Biology as an atom in the Physical Sciences.
The cell is the basic structural and functional unit of Living Organisms.
Present day cells share common fundamental properties. For instance, all cells employ DNA there genetic material are surrounded by a plasma membrane and use the same basic mechanism for energy metabolism.

“On the other hand, present-day cells have evolved a variety of different life-styles. Many organisms such as, bacteria both (archaebacteria and eubacteria), protozoa (example, Amoeba) and yeasts, consists of a single cells (called unicellular organisms) that are capable of independent self-realization. More Complex organisms called multicellular organisms, are composed of collection of cells that function in a coordinated manner, with different cells specialized to perform the particular tasks.
The human body for example is composed of more than 200 different kind of cells is specialized for such functions as memory, slight, movement and digestion. The diversity exhibited by the many different kinds of cells is streaking; for example, consider the differences between bacteria and the cells of human brain.
All cells whether the exist as one called organisms (unicellular organisms) are as a part of multicellular organisms are capable of carrying out certain basic functions such as nutrition, respiration, growth and reproduction. These functions are essential for the survival of the cells.