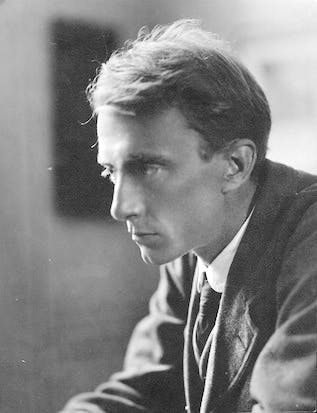 SHORT DESCRIPTION ABOUT HIM
Philip Edward Thomas was a British poet, essayist, and novelist. He is commonly considered a war poet, although few of his poems deal directly with his war experiences, and his career in poetry only came after he had already been a successful writer and literary critic.
ADLESTROP is one of the finest poems which has been beautifully composed by the world famous British poet Edward Thomas become famous as a poet of English, Just after his death . He was an English soldier and he was killed during the First World War.
The title of this poem ADLESTROP is the name of a railway station. In this poem the poet expresses his feelings. The poem has two sides. The first side of the poem is about a train which reaches the ADLESTROP station undoubtedly without any storage. It is an express train, it is the month of June and full of heat. The journey is pleasant but there are no any passengers at the platform. The poet is surprised to know that platform is empty. Only the name of the station ADLESTROP is visible there.
Secondly but after sometimes a very attractive black bird bird started singing in a very melodious tune. It’s song is picked up quickly by other birds. Really the melodious sound of black bird is heart touching.
The song moves further with the speed of an express train.
Hindi, Online test will be available as soon as possible.