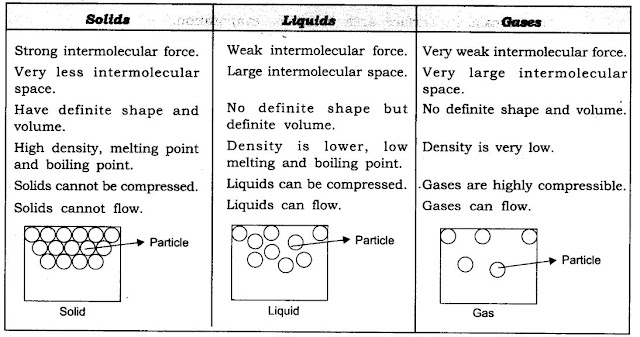 As we look at our surroundings, we see a large variety of things with different shapes, sizes appearance and textures. Everything in this universe is made up of material which scientist have named matter.

The air we breathe, the food we eat, stones, clouds, stars, plants and animals even a small drops of water or a particle of everything is made up of matter.
Infact, everything in this universe is made up of matter. Also all these things can be released by any one of our five senses. i.e., sight, touch, hearing, smell and taste.
We can also see as we look around that all the things mentioned above occupy space and have definite amount of mass. In other words, they have both mass and volume. Therefore,
Anything which occupies space, possesses mass and the presence of which can be released by one or more of our five senses is known as matter.
For example, air, as stated above, is matter. This is because although we cannot see it yet we can feel its presence by the blowing wind. Further,the face that air possesses mass and occupies space can be  tested by feeling a balloon with air and then weighing. In the same way, gases such as sulphur dioxide,ammonia,etc., although can not be seen, yet their present can be released by their characteristic smell.

Please note that heat, light, electricity, saund, magnetism, etc., are not considered as matter because they have no mass and do not occupy space. Similarly,  vacuum is not a matter since it nighter occupies space nor has mass.  Also, things like affection, love, friendship, hatred, thought, taste, etc., are not considered as matter as they do not occupy space and have no mass.

Since early times, human beings have been trying to understand their surroundings early Indian philosopher classified matter in the form of five basic elements commonly called the Panch Tatva, i.e., air, earth, fire, sky and water. According to them everything whether, living or non-living, is made up of these five basic elements.
Ancient Greek philosophers had arrived at a similar classification of matter. However, modern day scientists have evolved two types of classification of matter on the basis of their properties. These are as follows-
1. Physical Classification : Based on physical properties, matter has been classified as solids, liquids and gases.


2. Chemical Classification : Based on chemical properties, matter has been classified as elements,
compounds and mixtures.
In this post, we shall learn about Matter based on its physical properties.  Chemical aspects of matter will be taken up in subsequent chapters.
PHYSICAL NATURE OF MATTER
There are two types. Which are as follows-
1. Matter is Made up of Particles
2. How Small are These Particles?
You learn more. Now updating…